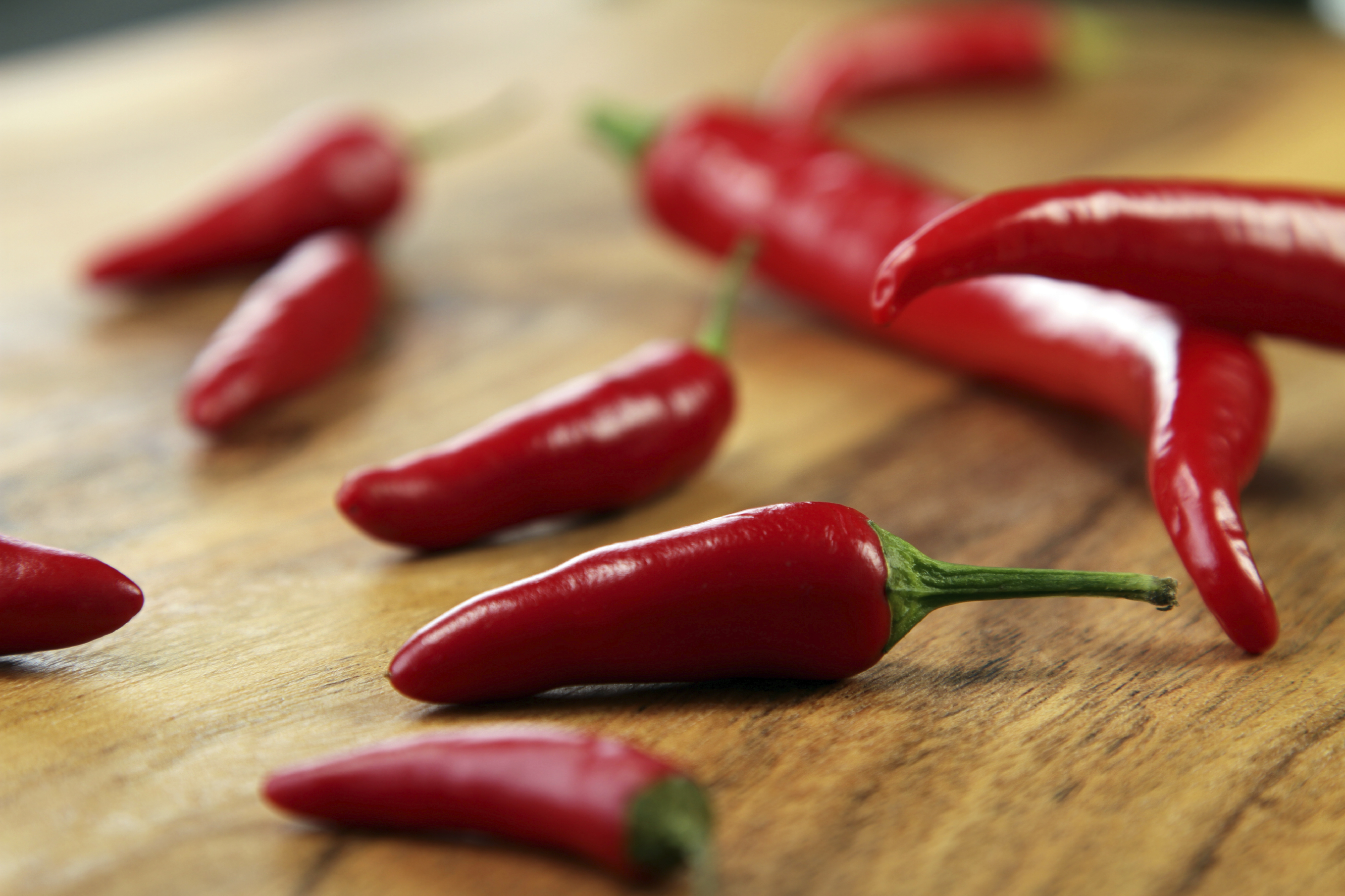 Like spicy foods? If so, science has some good news for you: Eating hot chili peppers may help you live longer.

A new study, published in PLoS ONE, found that consumption of hot red chili peppers was associated with a 13 percent lower risk of death.

The research is observational, so no cause and effect relationship can be established. Still, the authors say the study strengthens the growing body of evidence that spicy food may have protective health properties that can lead to a longer life.

For the study, researchers at the Larner College of Medicine at the University of Vermont analyzed data on more than 16,000 Americans using the National Health and Nutritional Examination Survey (NHANES). Participants were followed for an average of 18.9 years.

The researchers note that people who ate hot red chili peppers tended to be “younger, male, white, Mexican-American, married, and to smoke cigarettes, drink alcohol, and consume more vegetables and meats . . . had lower HDL-cholesterol, lower income, and less education,” in comparison to participants who did not consume red chili peppers.

Though the mechanism by which chili peppers could help delay death is not well understood, there are some theories.

Previous, mostly experimental research has suggested that spices and their bioactive ingredient, capsaicin, have anti-obesity, antioxidant, anti-inflammation and anti-cancer properties.

The authors say capsaicin also possesses antimicrobial properties that “may indirectly affect the host by altering the gut microbiota.”

The research corroborates a 2015 study conducted in China and published in the BMJ that found regular consumption of spicy food is associated with a lower risk of death.

But experts caution that this doesn’t mean everyone should pile on the spices at dinner time to improve their health and increase their longevity. People with gastrointestinal issues, for example, should hold off on the hot sauce.

“For those who are affected by digestive disorders such as a stomach ulcer, I would be cautious about eating spicy foods,” Lu Qi, of Harvard’s T. H. Chan School of Public Health and Brigham and Women’s Hospital in Boston, and lead author of The BMJ study, told CBS News.

The authors suggest further research should investigate the benefits of other spices and the effects of certain chili pepper subtypes.

“Such evidence may lead to new insights into the relationships between diet and health, updated dietary recommendations, and the development of new therapies,” they write.