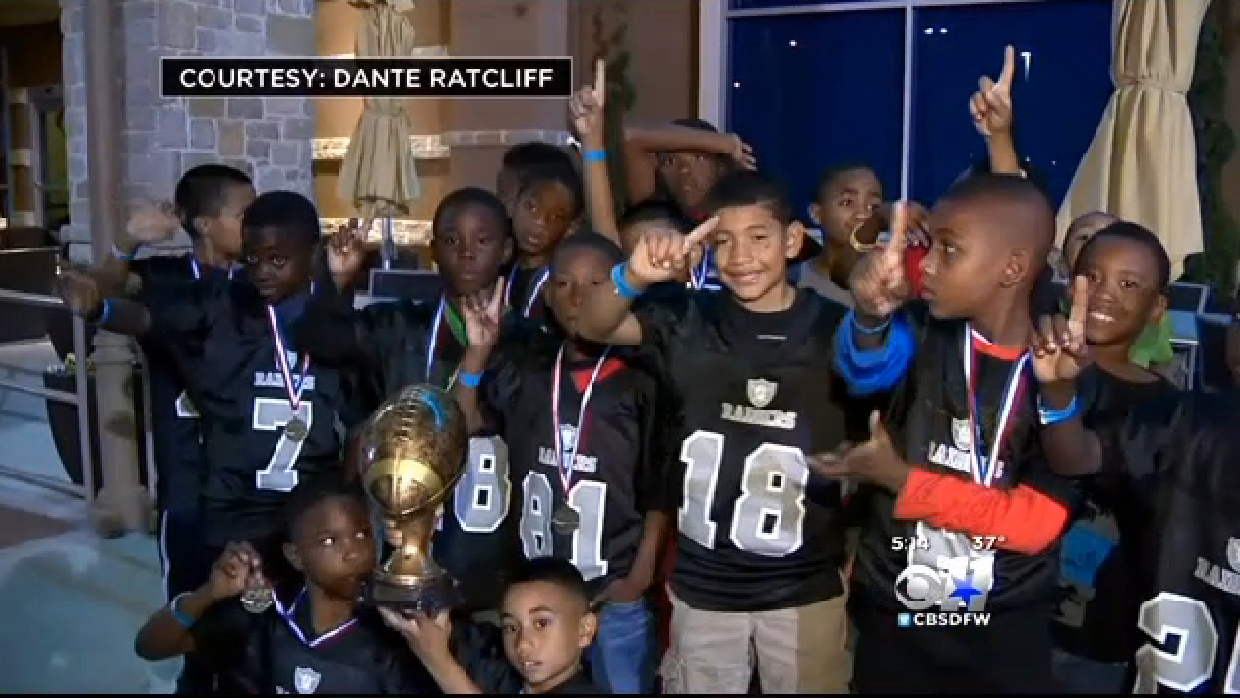 DALLAS, Texas - Just after winning their championship, a Dallas "Pop Warner" football team of 8 and 9-year-olds had all their team gear stolen, reports CBS DFW.

Nine-year-old Kaedan Ward, the quarterback for the Northside Raiders, said he's mad and whoever took the gear "shouldn't do that."

On Saturday, he and his buddies shut out a team from Colorado to win a regional championship, which they consider their Super Bowl. Kaedan, who's called 'Special K," threw a touchdown for the win. But Sunday, while celebrating at an event in San Antonio, the team's locked van was broken into.

"We get to the van and everything was gone. Shoulder pads, helmets, jerseys, personal items," assistant coach Kynard Jones told the station.

"They hurt our coaches and our team, made us feel real bad," Kaeden said.

Twenty-eight sets of special kids equipment were gone -- and very expensive to replace. According to North Dallas Youth Program Athletics Director Dante Ratcliff,m the stolen equipment will cost thousands of dollars to replace.

The Northside Raiders are one of five football teams sponsored by the non-profit North Dallas Youth Program. In a bizarre twist, an older team had its equipment stolen in Dallas a few weeks ago, reports CBS DFW.

Ratcliff says he will depend on volunteers to help with replacing the stolen gear.