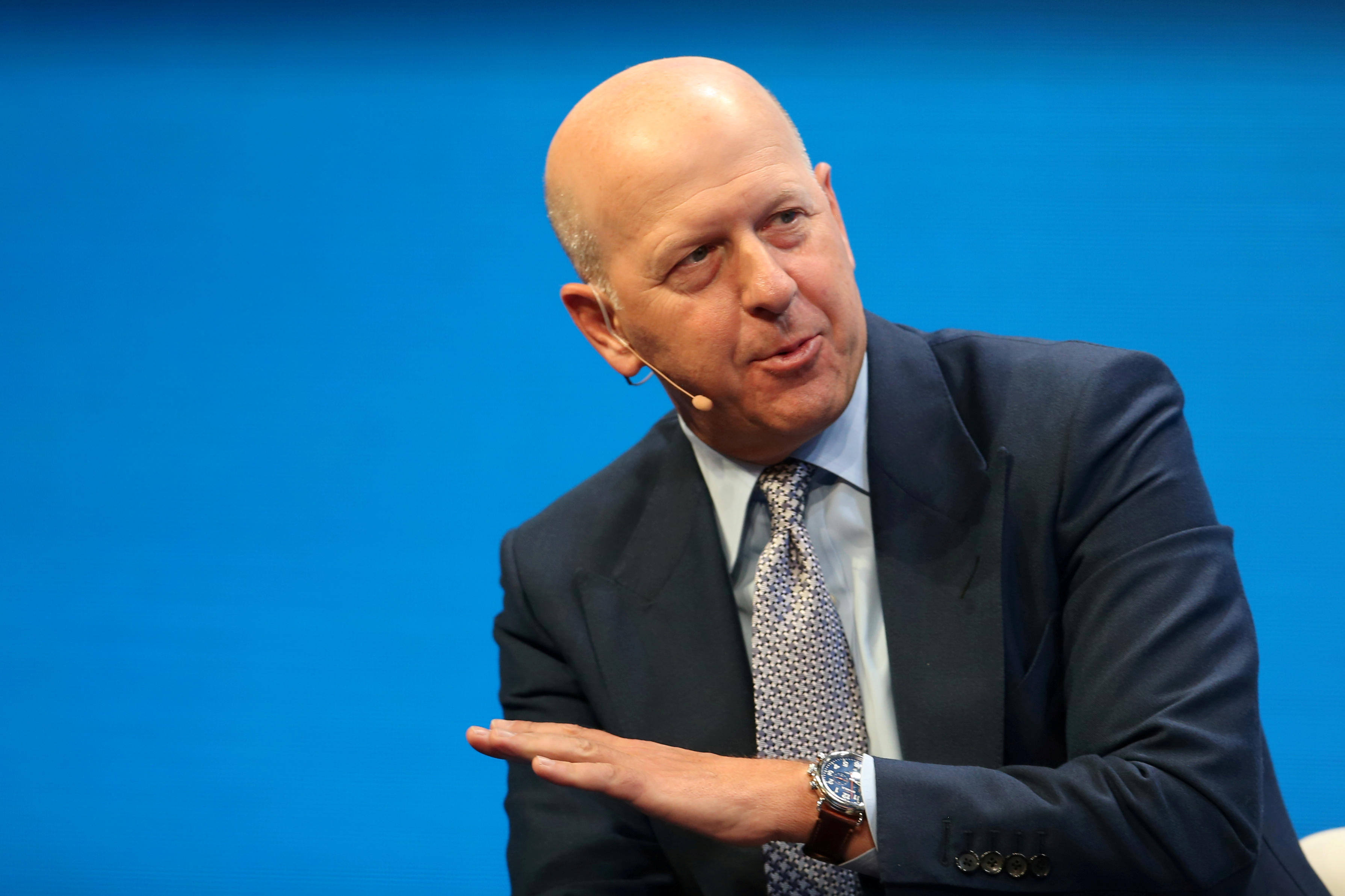 Blankfein, 63, will step down from his role on Sept. 30, while Solomon will begin his tenure at the helm on October 1, Goldman said in a statement. Solomon, 56, was named sole president at Goldman when co-president Harvey Schwartz left in March.

The new leadership represents a considerable change at Goldman, with an investment banker taking the helm after a dozen years under Blankfein, a former trader. As trading revenues have declined across Wall Street, Goldman in recent years has relied more on investment banking and asset management for its growth prospects and has even expanded into consumer lending.

"David is the right person to lead Goldman Sachs," Blankfein said in a statement. "He has demonstrated a proven ability to build and grow businesses, identified creative ways to enhance our culture and has put clients at the center of our strategy. Through the talent of our people and the quality of our client franchise, Goldman Sachs is poised to realize the next stage of growth."

For years a manager at Bear Stearns, Solomon joined Goldman as a partner in 1999 and was named co-head of its investment bank in 2006. He held the position for a decade before being named co-president of Goldman in 2016.

Under Blankfein's leadership, Goldman became a profit powerhouse, with the onetime commodities salesman steering the company through the worst financial crisis in 80 years.

Amazon's Whole Foods is stealing customers from everybody

Another rip-off: Leveraged and inverse ETFs