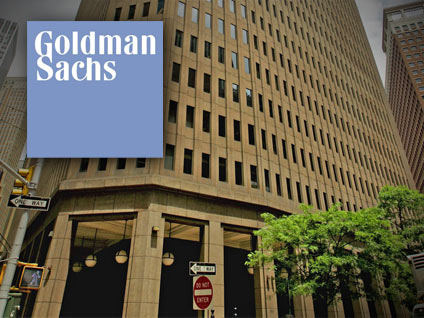 I spoke to a bunch of lawyers over the weekend about the SEC charges against Goldman Sachs. I wondered why GS didn't settle this thing. Usually litigators inside Wall Street firms argue that fighting is a losing proposition, due to the negative PR and/or potential liability from a loss. That's why there's often the announcement of the charges, with an accompanying settlement, where the firm neither admits nor denies liability, even if the fight might have exonerated the firm. It's a simple business proposition: settling is often cheaper in the end.

But not this time-at least not yet, because according to the WSJ, Goldman says it didn't have chance to settle the matter before regulators acted and the firm was surprised by the timing of the filing. That's not to say they were surprised about the accusation, because the SEC started its probe in the summer of 2008.

Goldman is readying for a fight. (There's a good breakdown of the risks involved both sides here on the NYT Deal Professor.) Many attorneys cite former NY Attorney General Eliot Spitzer as the guy who made fighting, even if the firm thought the case was a good one, too expensive. Spitzer used tough-guy tactics and lots of threats to extract money from firms who didn't have the stomach for a long, involved litigation battle. In some cases, the facts were probably on Spitzer's side, but in many, they weren't. Still, who wants an ugly, public fracas?

Maybe GS is thinking, let the SEC prove that Paulson's selection of the bonds was material to the deal. The funny thing about materiality is that had it been disclosed in the first place, the schnooks on the other side might still have purchased the securities. After all, they presumably knew that they were buying toxic crap-why else would they be getting juiced up rates?

Who knows where this is going, but I think that there may be larger implications beyond the case itself: what role does an institution have to its clients? In the retail world, there's a clear fiduciary duty that registered investment advisors have to their clients-fiduciaries must put the client's interest before their own or the firms' interests. If Goldman was acting as a fiduciary, would it have been able to sell the pile of subprime crap to its clients?

There's a great post here by Bond Girl, who wonders why Goldman clients continue to stay at the firm? The answer that I have gotten in the past is that despite the obvious and apparent conflicts that have existed for years at Goldman, over the long-term, the firm makes money for its clients. This case shines a light on certain Goldman clients who ended up on the short end of that deal.