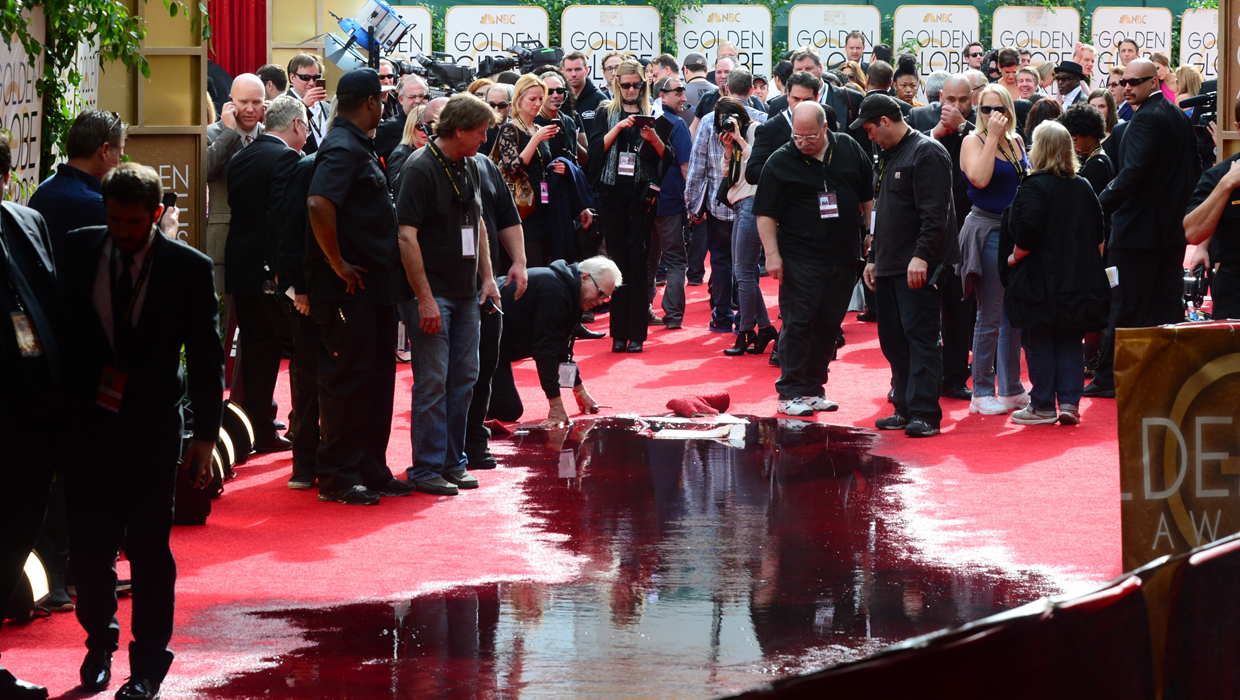 The Golden Globes got off to a soggy start on Sunday night, and it had nothing to do with the weather.

A portion of the glitzy Hollywood gala's red carpet got drenched when a lighting rig set off a fire sprinkler a few hours before show time.

Video posted on Instagram shows water pouring out onto the carpet below.

USA Today reports that the Beverly Hills Fire Department worked with maintenance staff at the Beverly Hilton hotel, where the awards ceremony is taking place, to remove the water. Sections of the red carpet were reportedly being cut up and replaced.

"We can confirm that there was a malfunction with a sprinkler near the red carpet," Globes producer Dick Clark Productions told Deadline. "The situation was quickly resolved. Despite the incident the red carpet will open at its regularly scheduled time. We heard some of the biggest names in entertainment were coming to The Golden Globe Awards tonight and we wanted to give the carpet one last wash before it opened."