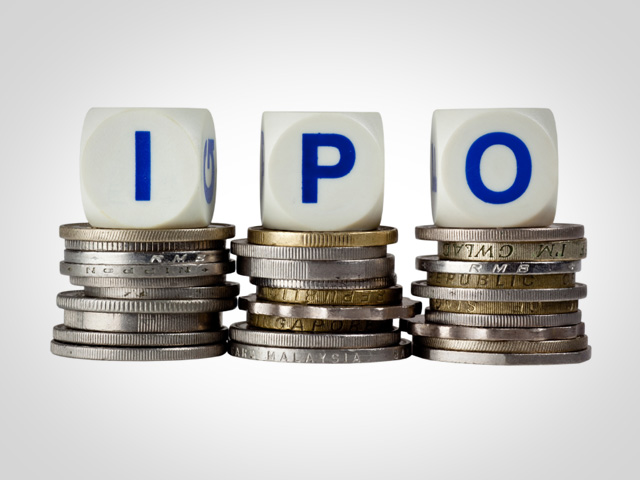 The company is growing rapidly, but it is also unprofitable. And the initial public offering of stock came at the end of a tumultuous week on Wall Street, which may have unnerved investors. The Dow Jones industrial average tumbled 560 points on Wednesday and Thursday.

By Friday afternoon, Gogo's stock fell 8.5 percent in its first day on the Nasdaq.

The company, which is based in Itasca, Ill., uses a network of cell towers to provide Internet access for passengers on more than 1,900 planes. Customers include four of the five biggest U.S. airlines -- United, Delta, American and US Airways -- which charge passengers for Internet access. Southwest Airlines uses a rival Wi-Fi provider, Row 44.

Gogo is going public as it seeks to expand its service to international flights. CEO Michael Small said Friday that the company decided to sell the shares now because its planned international expansion "is becoming real."

The IPO will help pay for that expansion, Small said in an interview, and "the credibility of being a public company will help us with airlines around the world." The IPO raised $187 million.

In March, Gogo signed an agreement with Delta to outfit the airline's entire international fleet of 170 planes with satellite-based service. It also wants to put its service on planes operated by foreign carriers.

While Gogo says its service is available on 81 percent of all Wi-Fi-enabled planes in North America, only about 6 percent of passengers pay for Internet.

The company is optimistic that it can increase the use of its service. Small said that usage will rise as airlines connect their entire fleets and let passengers order the service when they buy tickets. The company, whose typical customer is a business traveler seeking to stay connected with the office, also is trying to reach more leisure travelers.

A fairly new service called Gogo Vision on three airlines includes a selection of movies that are loaded on the plane, not streamed from the ground. If Vision grows, that could help Gogo overcome a criticism of its regular service -- that it's too slow for streaming video and doesn't support Netflix.

"It seems like a no-brainer that every airline is going to want to offer this [in-flight Internet] service, so the opportunity is very big," Bard said. "But the performance is slow, you can't get video [without Gogo Vision], and they're going to have to invest heavily" to improve the service. "They're growing fast, but they're not profitable."

The company lost $95.6 million last year, and its first-quarter 2013 loss widened to $32.5 million from a loss of $17.6 million a year earlier, even though revenue increased 30 percent.

Bard said recent market jitters contributed to the company's first-day decline and that investors looking for a hot stock may have bailed out when the shares didn't soar right away. Two other companies, a Brazilian cement company and a Kansas City maker of veterinary drugs, postponed their IPOs this week, citing market conditions.

Gogo's IPO priced 11 million shares at $17 each. The company had filed for an IPO in December 2011 but held off selling shares during a sluggish market for IPOs. In the meantime, the company obtained a $135 million credit facility last year in a deal arranged by Morgan Stanley, and it increased the borrowing limit by $113 million in April.

The shares are trading under the GOGO ticker symbol. The stock is off $1.45 to $15.55 in the last half-hour of trading.