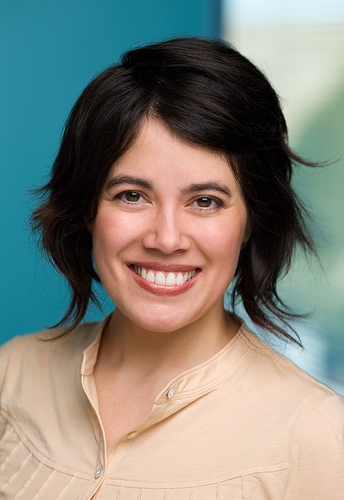 It's not the business plan itself that trips up
entrepreneurs. It's how those plans make entrepreneurs behave that
causes trouble.

Here’s what happens: You have a killer idea. You
do a ton of research — about the market, the competition, and your
financial projections for, say, the next five years — that you
organize into a work-of-genius plan that should make investors compete to throw
money at you. That’s great. If you’re an unproven
entrepreneur seeking funding, that formal plan is useful and even necessary.


Here’s the problem: To write your plan you made a
lot of assumptions, and many of them may turn out to be flat-out wrong. “When
you have a ‘brilliant vision,’ everything seems to confirm
your theory,” says Eric Ries, who writes the blog href="http://www.startuplessonslearned.com/">StartupLessonsLearned.com and
advises startups, big companies, and VC firms about the benefits of running a “ href="http://www.startuplessonslearned.com/2008/09/lean-startup.html">lean
startup.” “You’re looking for evidence that
you’re right, not wrong.” Soon you start believing too
firmly in your own numbers and assumptions, and before you know it, you’re
treating the plan as if it were gospel.

This experience — the founder clinging to the plan
— often turns into a make-or-break moment for an entrepreneur. Cling
too long, and you’ll fail. Be willing, even eager, to part ways with
your initial ideas and you’ll up your chances of success. In 2002,
the magazine Inc. surveyed founders from its Inc. 500 list of fastest-growing
private companies and found that only 40 percent had written formal business
plans. Of those, nearly two-thirds said that they diverged significantly from their
original plan. “Every pivot is important for a startup,”
says Ries.

Caterina Fake knows this first hand. In 2002, she and her
then-husband and co-founder Stewart Butterfield were toiling away with an
online multiplayer social game called Game Neverending. It had a loyal fan
base, but it lacked a solid revenue model and the company’s future
prospects were bleak. Their small team
was running out of cash and couldn’t attract VC funding. So Fake and
Butterfield, both Web-design geeks, shelved the idea, raised $250,000 from
family and friends, and started working on an instant messaging client that had
game-like features and could handle photos. When that didn’t quite
work, they dropped the instant messaging but kept working on the idea of a
photo–sharing application. Flickr, which launched in 2004, “was
a Hail Mary into the end zone,” says Fake.

Ultimately, Flickr didn’t take off until the
concept of tagging, the product of another startup, came along later that year.
Tagging gave Fickr an easy way to organize photos using keywords. Had Fake and
Butterfied sat down to write a business plan, they never could have charted the
path to Flickr. “We did no research because we weren’t
planning on building a photo-sharing site,” Fake says. “If
we had done our research, we would have said we shouldn’t bother
because it’s all been sewn up” by competitors like ofoto,
shutterfly, and snapfish. A year after Flickr’s launch, Yahoo bought
it for $35 million, and today it’s one of the biggest photo sharing sites on
the Web.

Now Fake is on to her next startup, an online
recommendations engine called Hunch, and she’s practicing the same
approach. “I think we picked a really good problem to solve” — that
of helping people make decisions on everything from where to stay in Santa Fe
to what kind of tennis racket to buy. “We could be a billion dollar
company if we’re successful,” she says. “But we’re
making it up as we go along. It’s not like we have this whole
business plan and we’re going to execute on it.” This
time, though, Fake took a big chunk of VC
money ($12 million in the latest round of funding), which, admittedly, was easy to do because of her success with Flickr.

Her story might seem unique to the tech world, but it’s
not. Plenty of successful companies have little resemblance to what the founder
envisioned, whether that vision was spelled out in a formal business plan or on
a cocktail napkin. The lesson: Be determined and confident, but not pigheaded.
Understand that your plan, whether written in detail or not, is merely that —
a plan — that you’ll have to tweak and adapt
as the many factors beyond your control come into play. As Amar Bhide, a
visiting scholar at Harvard University and author of 2000 book “The
Origin and Evolution of New Businesses,” puts it: “The
opportunity may be fleeting. That is why plans in many cases do more harm than
good.”