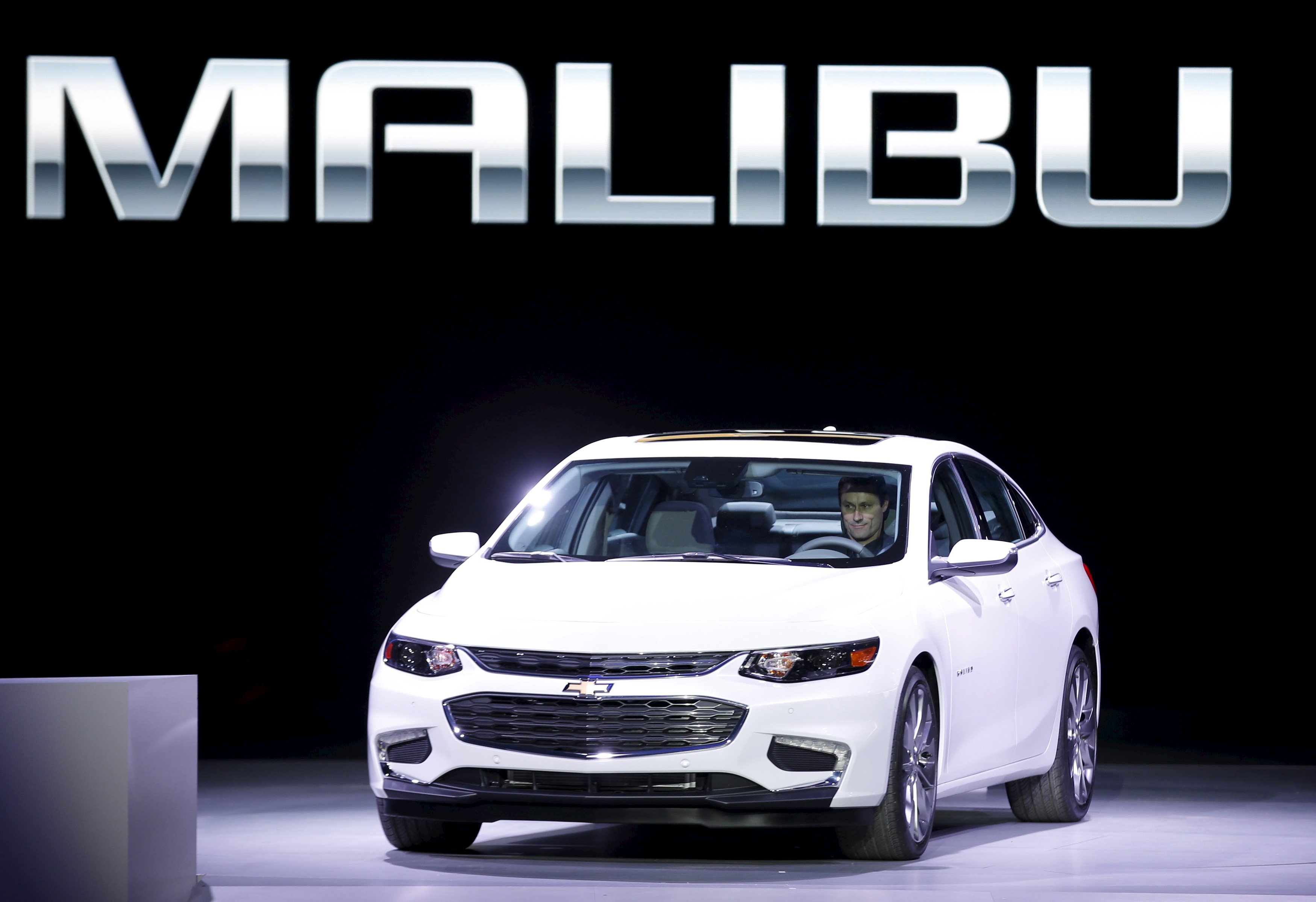 NEW YORK - General Motors (GM) tries again to gain traction in the popular midsize car segment with the introduction of the 2016 Chevrolet Malibu at the New York International Auto Show. Based on looks the car should be up to the task, but there are a lot of buyers out there consistently loyal to midsize heavyweights Toyota Camry and Honda Accord no matter what the competition shows off.

Although U.S. buyers have flocked to car-based crossover sport utility vehicles, the midsize segment remained the biggest part of the market last year with sales of 2.59 million, according to IHS Automotive.

Here is a snapshot of the redesigned Malibu:

Looks the part. If the sculpted car with a wide stance lives up to its looks, it could be another formidable entry in the most competitive part of the U.S. auto market. The 2016 Malibu looks like a shrunken version of the highly acclaimed Chevy Impala, a stylish big car that two years ago was Consumer Reports magazine's top-scoring sedan, beating more expensive cars such as the Audi A6 and Lexus LS460. The Malibu has a distinctive honeycomb grille, jeweled LED headlights, and its hood is lower than the previous model for better aerodynamics.

We've been here before. For years, General Motors executives have stood on auto show stages and proclaimed that the company finally has a car to compete with the best midsize sedans. But each time, the effort fell short and instead buyers drove Camrys and Accords off dealer lots. Worse, in recent years, cars such as the Ford Fusion and Hyundai Sonata took some sales from the top two with cutting-edge styling and better performance. "Let's face it. Midsize car, we've been lagging behind our competitors," says John Cafaro, executive director of design for Chevrolet cars. GM sold nearly 189,000 Malibus last year, sixth in its class, and less than half the sales of Camry or Accord. GM hasn't had a top-selling midsize car since the Chevrolet Celebrity in 1986.

GM President Dan Ammann says it will take a marketing blitz similar to the successful "That's not a Buick" campaign to change perceptions about Chevrolet midsize cars. GM will focus on social media with real people in its ads, which are easily transferrable to TV and other media, Ammann says.

Got room. In the current edition of the Malibu you need short legs to be comfortable in the back. A longer wheelbase creates more room inside the redesigned model, including 1.3 inches of additional rear-seat legroom, a big improvement. In a recent Cars.com comparison test of 10 midsize sedans, the Malibu finished in the middle, largely because of its cramped back seat, said Aaron Bragman, Detroit bureau chief.

Under the hood. There is a new base 1.5-Liter turbocharged four-cylinder with 160 horsepower. It's smaller and lighter than the previous four-cylinder engine, helping to cut 300 pounds of weight. That should make the Malibu quieter and more nimble, and GM says highway mileage will rise 1 mpg to 37. There's also a turbocharged 2-Liter four-cylinder with 250 horsepower and an eight-speed automatic transmission. A gas-electric hybrid version gets an estimated 48 mpg in combined city and highway driving.

How does it handle? GM engineers say new midsize car underpinnings will enable the Malibu to handle better than the more expensive Buick Regal, which recently bested the BMW 3 Series to win top sports sedan honors from Consumer Reports.

So, son, where did you go? The Teen Driver feature lets parents review their child's maximum speed, distance driven, and the number of times safety features were activated. Those features include forward collision alert, rear cross-traffic and side blind spot alerts, and a camera that watches out for pedestrians headed into the car's path. 4G LTE Wireless connections are also available.