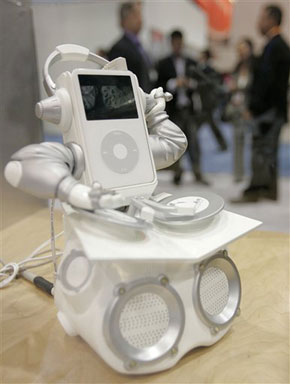 Four days and roughly 3,000 miles away from when he first expected to testify, Golden State general manager Garry St. Jean finally got to talk Monday as the Latrell Sprewell arbitration case resumed.

St. Jean, who waited in Portland, Ore., for two days last week but was never called to testify, was among the first to arrive for the hearing, a short walk from NBA headquarters.

NBA commissioner David Stern and Warriors coach P.J. Carlesimo are expected to testify this week at the hearing, which will continue at least until Thursday.

"Have a nice day," was St. Jean's only comment as he waited for an elevator to take him to the 25th floor, where arbitrator John Feerick, dean of Fordham Law School, is running the hearing.

His ruling, which is binding under the collective bargaining agreement, is expected by mid-March at the latest.

Sprewell arrived a few minutes before the scheduled 3 p.m. start of the hearing.

"I'm fine. I'm doing good. I'm holding up," a smiling Sprewell said as he waited for an elevator with his lawyers.

Sprewell said he returned to Oakland, Calif., over the weekend after attending all four days of the hearing last week. He said he did not watch Golden State's seven-point loss to the Chicago Bulls on Friday night.

Srewell plans to remain in New York through All-Star weekend, although he won't be at the game because his one-year suspension prohibits him from attending NBA events.

Sprewell had the remaining three years and $25 million of his contract terminated after he attacked Carlesimo at practice Dec. 1. The suspension was the longest non-drug penalty in league history. Sprewell has filed grievances against the NBA and the Warriors.

St. Jean was expected to testify about the events on the day of the attack, as well as what happened in the ensuing days as he first tried to trade Sprewell and then abruptly announced the decision to terminate his contract.

On the day of the attack, St. Jean was in his office at the Warriors' practice facility but did not witness it. After Sprewell came back a second time and allegedly punched Carlesimo, he reportedly ran into St. Jean's office and found the general manager on the phone with his agent, Arn Tellem.

Baggett, the deputy counsel, would have been involved in the discussions that led to the termination of Sprewell's contract.