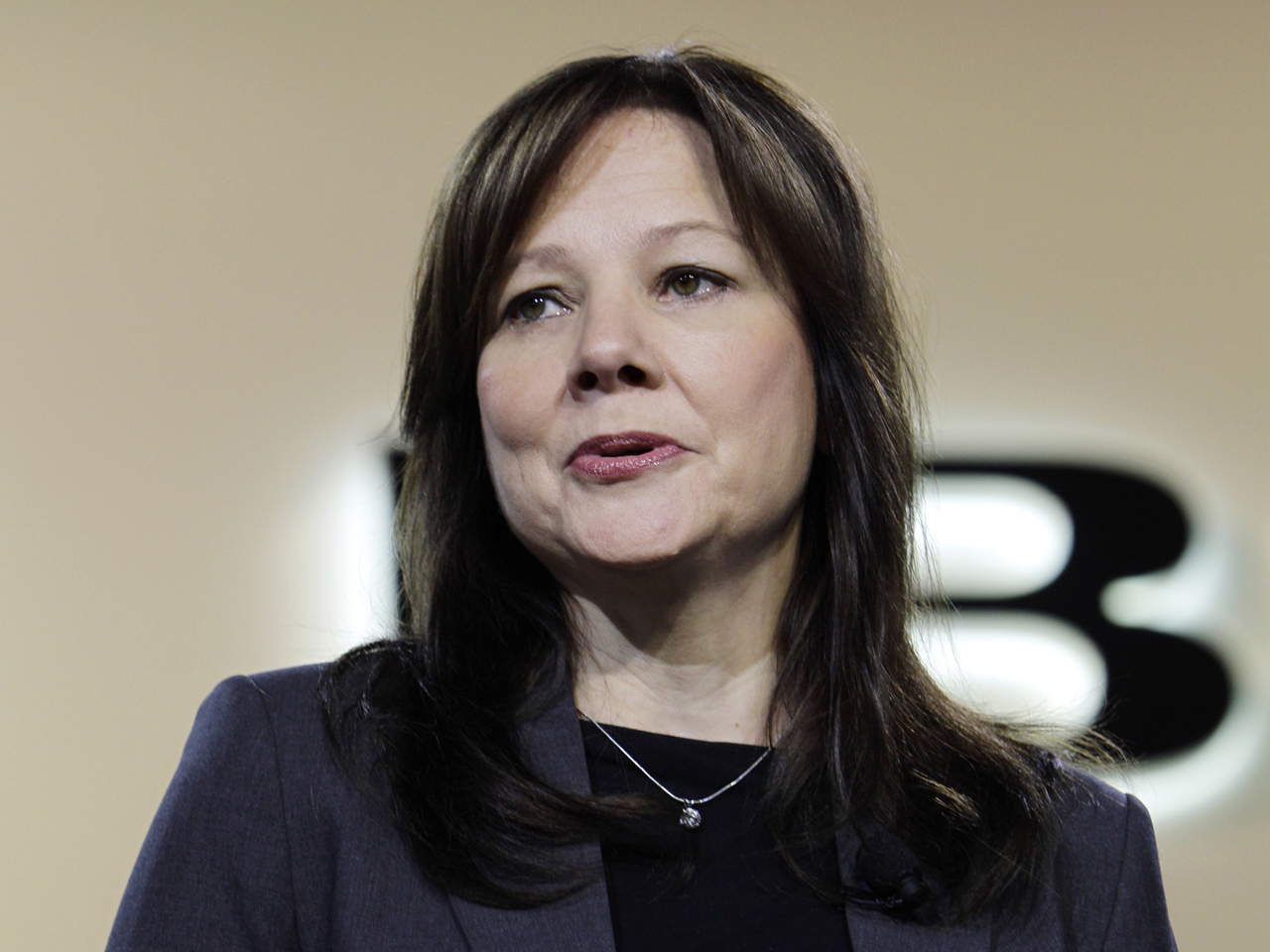 The long history of American automakers has included many innovations and firsts, yet until now that hasn't included a female chief executive of one of Detroit's big three car manufacturers.

General Motors (GM) is changing that with the appointment of Mary Barra as its next chief executive. A longtime GM employee, Barra will become the company's first female CEO -- as well as the first woman to head one of Detroit’s top automakers -- when current CEO Dan Akerson steps down next month.

Barra is currently executive vice president of global product development, purchasing and supply chain. In that role, she is in charge of overseeing the suppliers and subsidiaries that deliver the parts needed to make GM vehicles.

"The selection of Mary Barra is rooted in a quality executive, groomed for the position and with a deep understanding of GM’s past and future culture — her selection appears first to be the right candidate and second to earn bragging rights as the first woman to run a car company," said analysts with IHS Global Insight in a research brief.

The appointment of a female CEO isn't entirely a surprise, given that Akerson in September dropped a hint about who might replace him, telling an audience at an auto conference that it was "inevitable" that a "car gal" would eventually run one of Detroit's big three automakers.

Barra was then singled out as being on a short list of potential replacements for Akerson. Others on the short list included three men, the Detroit News reports. They were GM North America president Mark Reuss, vice chairman Steve Girsky, and chief financial officer Dan Ammann.

Even though she's breaking the glass ceiling at a Detroit automaker, Barra is still an anomaly among the male-dominated industry. Only 24.2 percent of jobs in the motor vehicle manufacturing industry were held by women in 2012, with more than half of those jobs focused in office and clerical work, according to Catalyst.

Barra, who holds an MBA from Stanford, started with GM in 1980 when she studied electrical engineering at General Motors University, now called Kettering University. She found her first automotive job in 1985, working as a senior plant engineer at the Fiero assembly plant, according to Automotive News.

Working as a plant engineer at a time when there were few young women in the industry was tough, she told Bloomberg in March.

"It was a rougher environment," she said in an interview in March. "It makes you harder."

From there, she went on to work at GM's Detroit-Hamtramck Assembly plant, but also served some time in roles that are traditionally viewed as "female" jobs, such as serving as the director of GM's internal communications.

She's taking over GM at a time when the U.S. government has exited its stake in the automaker, allowing her the flexibility to deal with price competition from Japanese and other U.S. competitors, Bloomberg notes. The government's exit came at a cost, at least for taxpayers: the U.S. government lost $10.5 billion with its GM bailout.

Still, the government said the alternative would have been worse.