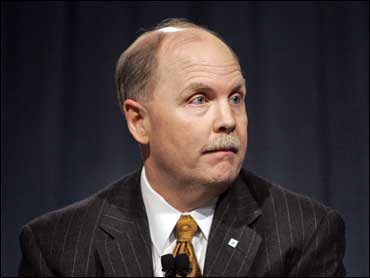 Henderson announced the departure of Mark LaNeve, the automaker's vice president of North American sales, in a conference call to update media and investors on the company's progress in the 90 days since it emerged from bankruptcy proceedings. Henderson said LaNeve is taking a position at another firm.

Henderson said LaNeve's departure gives the company an opportunity to bring in fresh talent for a different view on sales, but that doesn't mean the replacement automatically will be brought in from outside.

"We would benefit from fresh perspectives," he said.

Global sales are performing ahead of GM's expectations so far this year, Henderson said. GM's global market share rose slightly in the third quarter to 11.9 percent, up from 11.6 percent in the first half of the year.

GM's numbers are down from 2008, when it controlled 12.4 percent of the global market. Henderson said that's largely because of falling sales in the U.S. and Canada. But he says other regions are performing better than expected.

In the U.S., GM controlled 19.5 percent of the market in the third quarter, down from 22.1 percent in 2008. Henderson said GM will be relying on its Chevrolet brand to fill the void as the automaker winds down the Pontiac and Saturn brands.

LaNeve had been in charge of sales and marketing until July 10, the day GM emerged from bankruptcy protection, when Henderson took marketing away and put it in the hands of veteran executive Bob Lutz.

Lutz, who had served as head of product development and rescinded plans to retire, had expressed disdain for GM's previous marketing efforts. Almost immediately, he ordered changes to ads to make them focus on vehicles and brands, comparing them with competitors in an effort to get customers to consider GM.

After Lutz was given the marketing job, he and LaNeve tussled over how to spend GM's marketing dollars, but Lutz was the winner, according to a person with knowledge of the power struggle. Lutz changed advertising agencies for the new "May the Best Car Win" ad campaign, which began Sept. 20.

Henderson said the company is paying far more attention to products and customer issues than it did six months ago, when it was consumed with restructuring.

"It's not as if our organization hasn't been focused on product. It has. It's where we spend our time as a leadership team," he said.

Henderson also said GM will fall short of its employment reduction targets by the end of the year, but said he's confident it will end the year with a competitive cost structure.

The company wanted to have 40,000 U.S. hourly workers by the end of the year but instead will end with 49,000. Henderson said early retirement and buyout offers worked but fell short of the company's expectations.

GM had planned to have 23,000 salaried workers by the end of the year but instead will have somewhere between 23,000 and 24,000, he said. That's because it has added some employees in technology and financial areas, and it decided to keep its AC Delco parts operation rather than sell it, resulting in more workers being retained, Henderson said.

After the conference call, Henderson told the CNBC cable network that the company is not breaking even at present but is moving in that direction. He also said it would be ready to make a public stock offering by the second half of next year.

Authorities conduct "recovery" search for RFK's granddaughter and her son 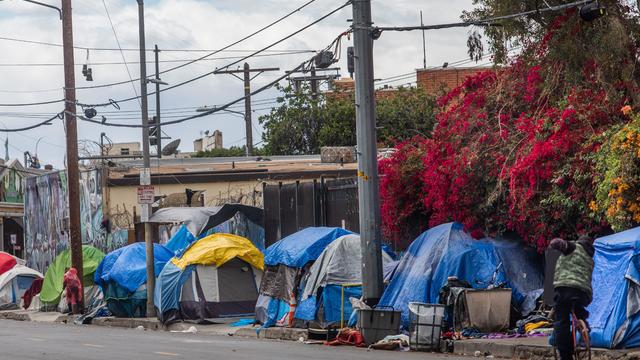 The "Project Roomkey" initiative is the first of its kind in the nation.