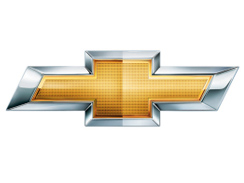 (CBS/AP) DETROIT — General Motors expects to save roughly $2 billion over the next five years by centralizing most of the global advertising for its Chevrolet brand.

The Detroit company said Tuesday that San Francisco-based Goodby, Silverstein and Partners will join with New York-based McCann Erickson Worldwide to form a new company to handle most of Chevy's ads.

Goodby, Silverstein now does Chevy advertising in the U.S., including the "Chevy Runs Deep" campaign. McCann handles Chevy ads in China, Latin America, Mexico, Canada and other markets. The new company is an equal joint venture between the agencies and will be called Commonwealth. It will be based in Detroit.

Chevy volt a bad sign for electric car sales?
How to score a new car for half-price
Low-cost cars amid rising gas prices

Before the change, Chevy had 70 agencies worldwide. Commonwealth will handle advertising in all markets but China, India and Uzbekistan, where GM has joint ventures, the company said in a statement. McCann will continue to handle ads in China and India, and Uzbekistan will be contracted as needed.

Much of the projected savings comes from hiring Carat as the agency that will buy television time and other media across the globe. GM hopes to take some of the savings to its bottom line, but it will use part of the money to strengthen marketing of Chevrolet, the company's largest brand, according to a statement from Joel Ewanick, the global chief marketing officer.

GM spends almost $4.5 billion a year on advertising worldwide for all of its brands.

Commonwealth, which will begin work immediately, won the business after GM reviewed the creative work on Chevrolet. The new agency will develop advertising campaigns for the Chevy brand globally. The company will focus on "growing Chevrolet into a global iconic brand," Ewanick said in a statement.

Goodby, Silverstein is part of the Omnicom Group of ad agencies, while McCann Erickson is part of Interpublic Group.