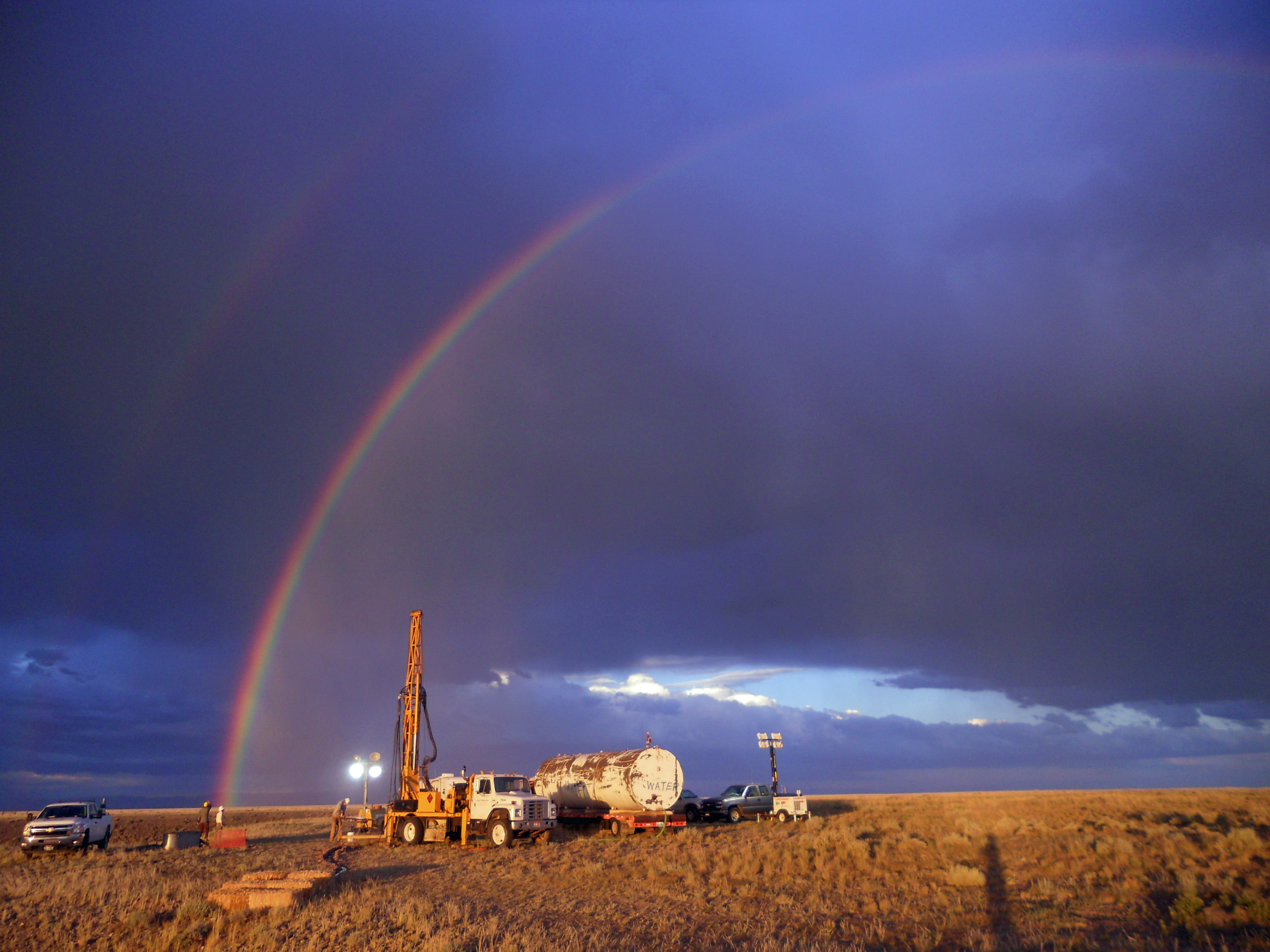 There may be hope for the planet after all.

A new study has found that atmospheric conditions on Earth about 56 million years ago were similar in many ways to increasing warming that is seen today. The good news is that most species back then survived the hotter conditions, when temperatures rose by 5 to 8 degrees Celsius (9 to 15 degrees Fahrenheit). The bad news? It took the planet millennia to recover.

"There is a positive note in that the world persisted, it did not go down in flames, it has a way of self-correcting and righting itself," said University of Utah geochemist Gabe Bowen, the lead author of the study published today in the journal Nature Geoscience. "However, in this event it took almost 200,000 years before things got back to normal."

Taking samples from Wyoming sediment cores, the researchers concluded that a global warming episode, probably caused by two massive increases of carbon, 55.5 million to 55.3 million years ago -- a period known as the Paleocene-Eocene thermal maximum (PETM) -- involved the average annual release of at least 0.9 petagrams (1.98 trillion pounds) of carbon to the atmosphere.

Bowen said the releases may have approached the levels seen in modern times, which are about 9.5 petagrams (20.9 trillion pounds ) per year. Since 1900, human burning of fossil fuels emitted an average of 3 petagrams per year -- even closer to the rate 55.5 million years ago.

Scott Wing, a co-author on the study and a paleobiologist at the Smithsonian Institution in Washington, said this "study gives us the best idea yet of how quickly this vast amount of carbon was released at the beginning of the global warming event we call the Paleocene-Eocene thermal maximum."

It happened within "a few thousands of years or less," he said. "That's important because it means the ancient event happened at a rate more like human-caused global warming than we ever realized."

Bowen said the new findings strengthen the significance of what many scientists had previously suspected about the period.

"The Paleocene-Eocene thermal maximum has stood out as a striking, but contested, example of how 21st-century-style atmospheric carbon dioxide buildup can affect climate, environments and ecosystems worldwide," said Bowen, an associate professor of geology and geophysics at the University of Utah.

"This new study tightens the link," he added. "Carbon release back then looked a lot like human fossil-fuel emissions today, so we might learn a lot about the future from changes in climate, plants, and animal communities 55.5 million years ago."

Paul Olsen, Columbia University's Arthur Storke Memorial Professor who studies the environmental controls on mass extinction and climate cycles, said the researchers have presented a "very convincing argument about how fast the change in climate occurred during the PETM."

But while they calculate the amount of methane released into the atmosphere, Olson said they still don't have a record of carbon dioxide. That would give them "a bullet-proof argument" in using PETM as a comparison to what is happening today.

"They can argue there was distinct warming associated with that, and there is evidence of warming," Olsen said. "But they don't have a record of carbon dioxide. That is not their fault. It's just the way the record is. I'm pretty strongly persuaded that they are seeing carbon dioxide increase rapidly. But since it's not a direct record itself, there are some questions about how you interpret that data."

The Nature study shows that in the PETM, atmospheric carbon levels returned to normal within a few thousand years after the first pulse, probably as carbon dissolved in the ocean. It took up to 200,000 years for conditions to normalize after the second one.

Bowen said the warmer temperatures back then led to enhanced storminess in some areas and much drier conditions in others, and while there seemed to be some effect on animal migrations, he contended that it led to "only a little bit of extinction" -- of some groups of one-celled deep sea organisms.

Some researchers argue the impacts were bigger than he suggests.

A study last month in Nature Communications found that climate change affected the growth and skeleton structure of ancient algae during this period, which has potential significance for equivalent microscopic organisms that play an important role in the world's oceans today.

"Our results show that climate change significantly altered coccolithophore calcification rates at the PETM and has the potential to be just as significant, perhaps even more so, today," Sarah O'Dea, from Ocean and Earth Science at the University of Southampton and lead author of the study, said in a statement.

Bowen acknowledged there are limits to comparing climate change some 55 million years ago to the present day. The global climate already was much warmer when the Paleocene-Eocene warming began, and there were no icecaps, "so this played out on a different playing field than what we have today."