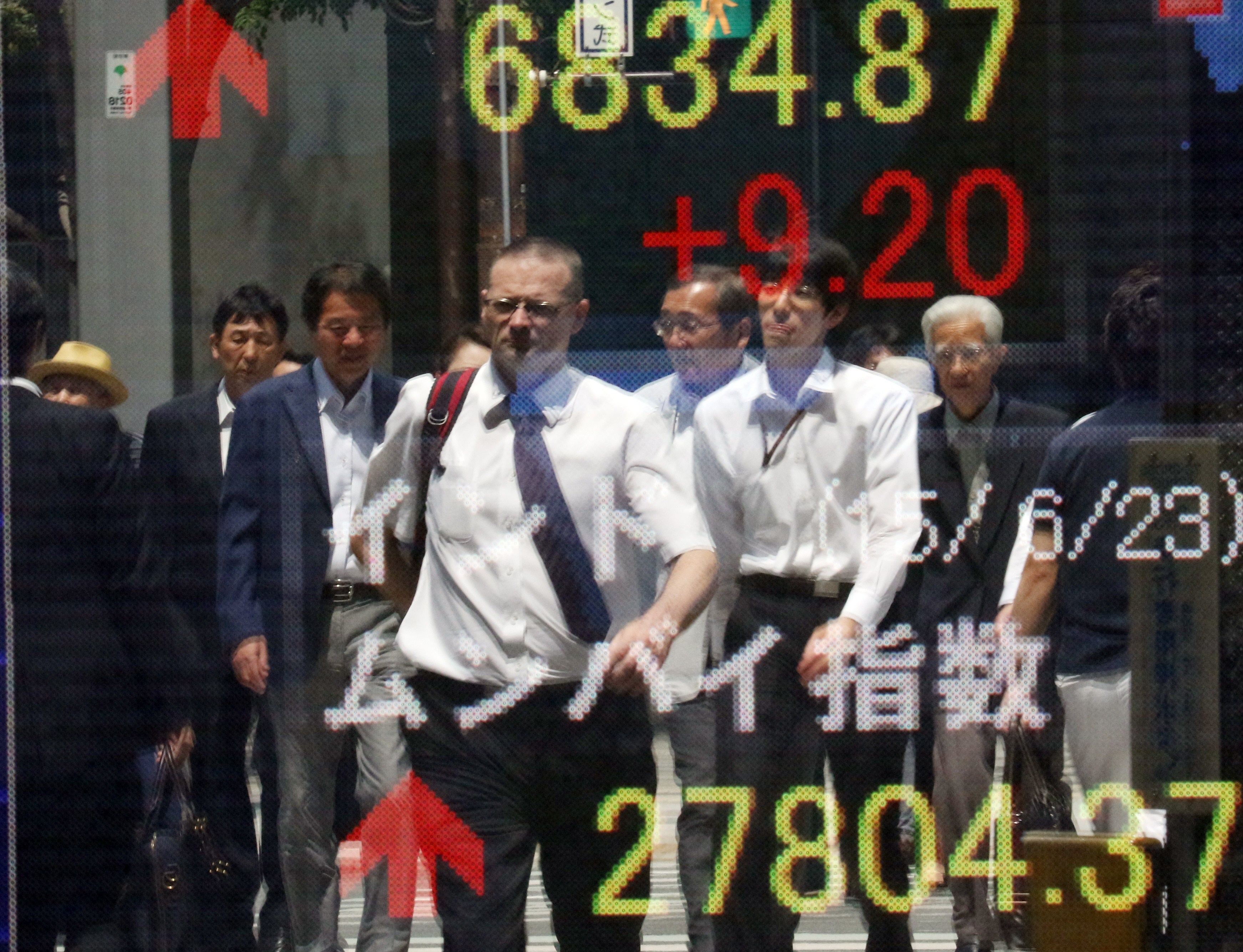 TOKYO - Global shares rose Wednesday, and Japan's benchmark hit an 18-year high, amid optimism about a bailout deal between Greece and its creditors.

Greece faces defaulting on its debt without new loans, but appeared to be moving closer to an agreement to secure new funding. A Greek default and the nation's potential exit from the euro currency could shake financial markets.

Investors also remain focused on when the U.S. Federal Reserve might increase its key interest rate for the first time in nearly a decade. Fed Gov. Jerome Powell said at an event hosted by the Wall Street Journal on Tuesday that he expects the U.S. central bank to begin raising its benchmark interest rate in September, with a second rate rise coming in December.

"There is no doubt that Greece remains very much in the headlines with focus shifting to the Eurogroup meeting today, ahead of tomorrow's EU leaders' summit. Apart from securing an agreement between Greece and its creditors sometime this week, Greek PM Tsipras also need to drum up domestic political support for the deal," said Bernard Aw, market strategist with IG in Singapore.

Benchmark U.S. crude for August delivery rose 15 cents to $61.16 a barrel in electronic trading on the New York Mercantile Exchange. The contract for U.S. crude for July delivery expired at $59.68. Brent crude, a benchmark for international oils used by many U.S. refineries, rose 3 cents to $64.48 in London.