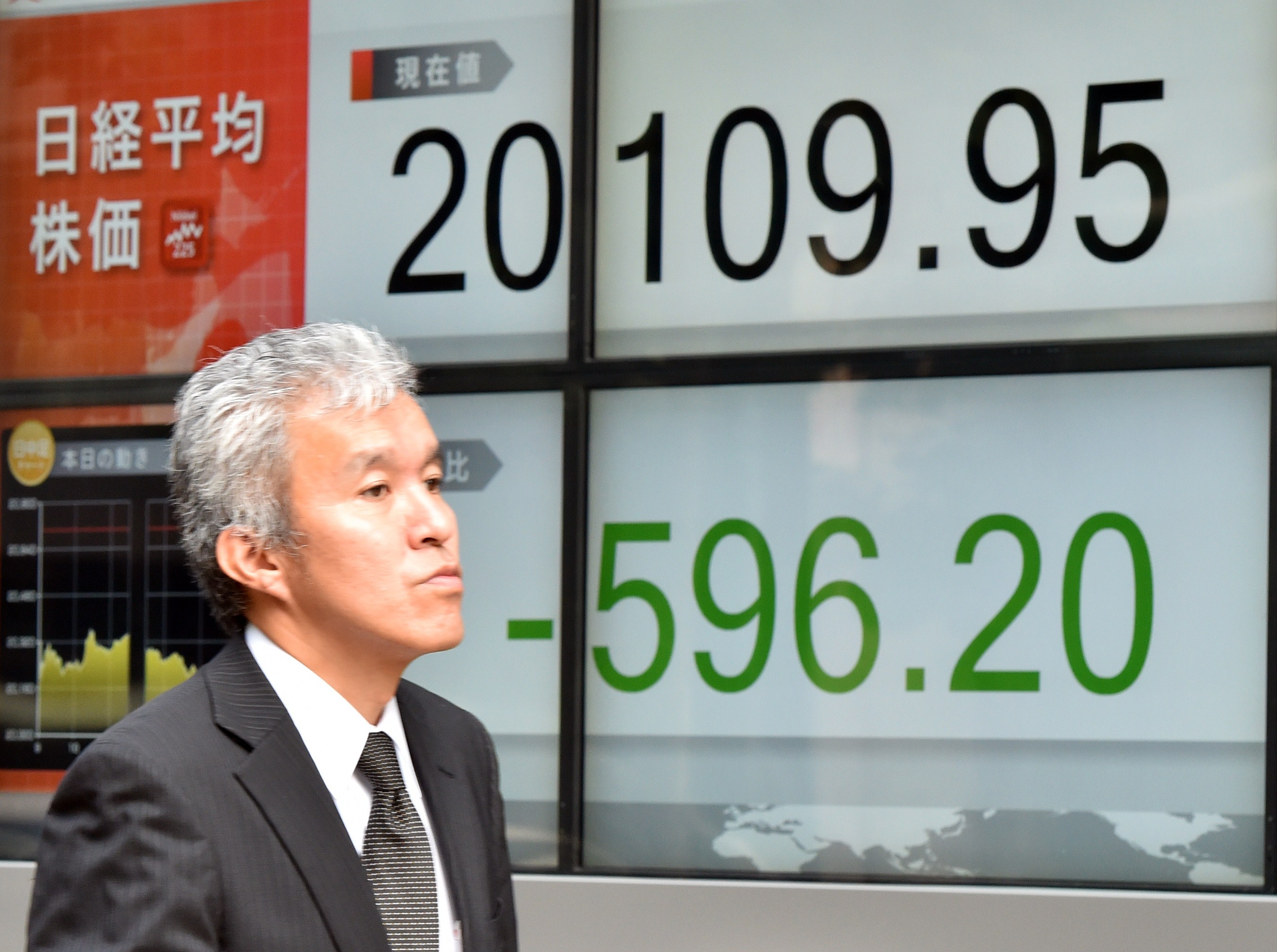 LONDON - Global stock markets took a battering Monday after Greece shuttered its banks for the week and imposed limits on cash withdrawals -- developments that have reinforced fears the country is heading for a debt default and a messy exit from the euro.

Investors are fretting about the uncertainty posed by the events in Greece. Though many experts say the global economy -- even Europe -- is in better shape to withstand a potential Greek exit from the euro, some point out that its implications are not fully clear.

Stocks fell in Asia and Europe, where Germany's main index was down 3.5 percent and Greece's market remained closed for the week. The euro fell sharply, as did oil prices, and Wall Street was expected to open lower.

Greece's crisis escalated over the weekend after Greek Prime Minister Alexis Tsipras said the country will hold a referendum on a bailout plan proposed last week by the country's creditors.

In response to the referendum proposal, Greece's eurozone partners refused to extend the country's bailout program, which expires on June 30, and the European Central Bank capped its emergency support for the country's banks. That prompted the Greek government to announce limits on money withdrawals and transfers. Daily cash withdrawals are capped at 60 euros ($67) per account.

"The images of queues at ATMs in Greece are stripping traders of what little confidence they have left in the nation, and the financial earthquake that happened in the eurozone over the weekend can be felt around the world," said David Madden, market analyst at IG.

"Of all the market sell-offs we have witnessed due to Greece this one is the worst in years, and traders who thought a Greek exit wasn't on the cards are quickly reassessing their point of view," he added.

Wall Street was poised for a lower opening, too, with Dow and broader S&P 500 futures down 1.2 percent.

Investors are worried that should Greece leave the euro and write off its debts, which stand at more than 300 billion euros, the global economic recovery could be derailed and questions would grow over the long-term viability of the euro currency itself.

Some say doubts could grow over which country might drop out next from the currency union should it ever get into financial trouble like Greece. On Monday, there were indications that those fears had not grown much, with government bond yields in relatively weak European economies, like Italy's rising only slightly. That's an indication investors do not view Italy's debt as much riskier, despite the events in Greece.

Few think a Greek euro exit would trigger a collapse similar to the one prompted by the demise of U.S. investment bank Lehman Brothers, which in 2008 triggered the worst phase of the global financial crisis. The repercussions are uncertain, however. No country has ever left a currency union as big as the euro before.

Greece will remain the focus of attention throughout the day as the country is due to repay on Tuesday 1.6 billion euros to the International Monetary Fund. Tuesday is also an important day as it marks the end of the country's bailout program. Without an extension or new deal, Greece will not have access to the 7.2 billion euros remaining in its bailout fund and will face the prospect of defaulting on all its future debts, not just the imminent IMF one.

"Developments in Greece have almost completely overshadowed the move by the People's Bank of China to support the equity markets," said Craig Erlam, senior market analyst at OANDA.