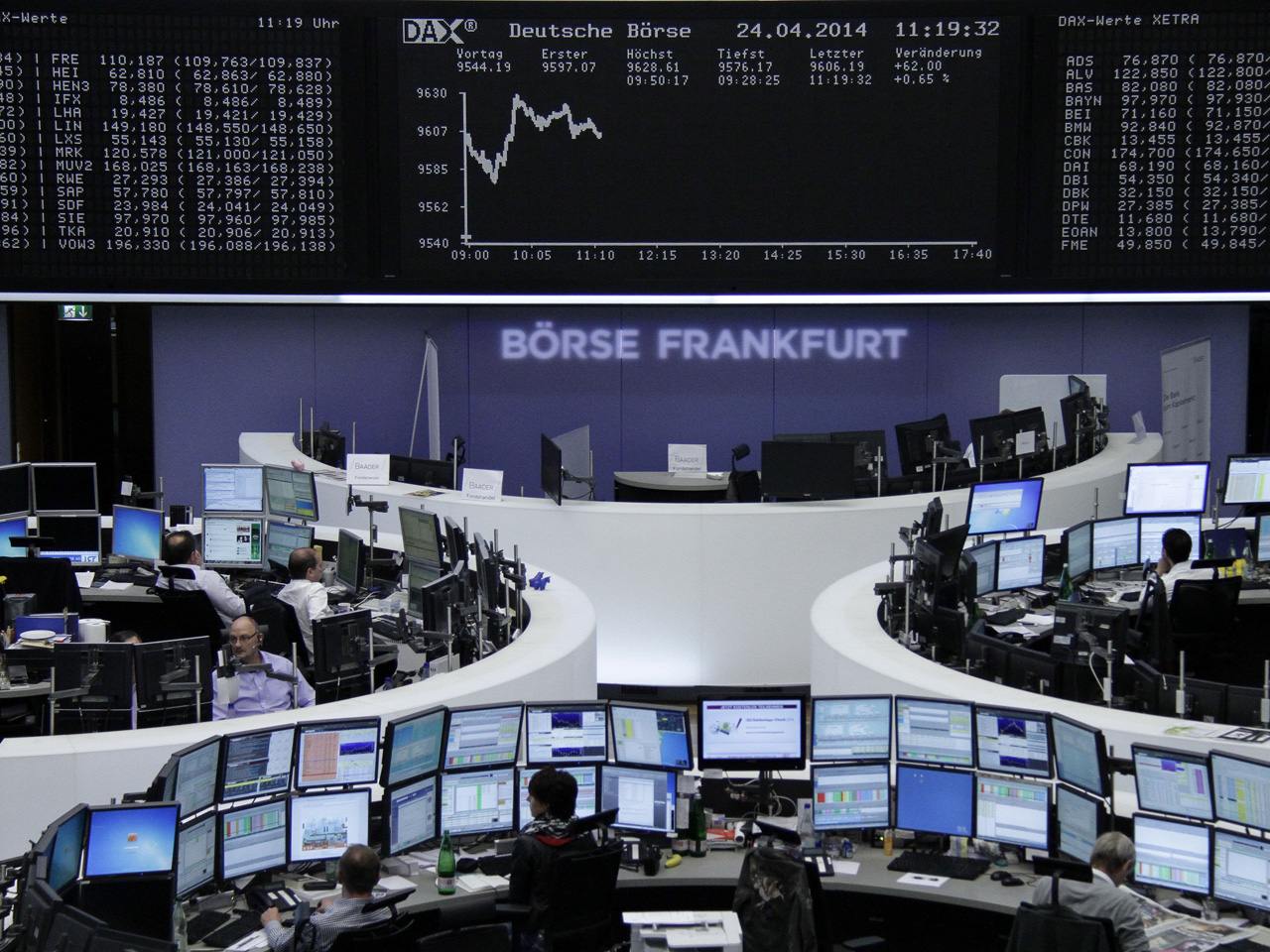 TOKYO - Global shares were mixed with European shares getting an early boost Thursday, but stocks in Tokyo slipped after talks between Japan's prime minister and visiting President Barack Obama failed to finalize a trade agreement.

Progress on the trans-Pacific pact would be a plus for giant Japanese exporters such as Toyota Motor Corp. Adding to the mixed view was Wall Street's fall on Wednesday despite a solid earnings report from Apple Inc. that sent that issue higher.

Analysts say a rise was expected in U.S. shares because of healthy earnings for Apple as well as Facebook.

Obama's state visit to the Japan is the first by an American president in nearly 20 years. He also is to visit South Korea, Malaysia and the Philippines.

Disappointment set in when he and Prime Minister Shinzo Abe had little to say about a proposed wide-reaching trans-Pacific trade agreement in a joint news conference, and focused more on reaffirming bilateral security ties.

Hideyuki Suzuki, general manager of the investment market research department at SBI Securities Co. in Tokyo, said no one expected an immediate deal, but players still had some hope for progress in the meeting between the leaders.

"If there had been great anticipation of a deal, then the drop would have been even bigger," Suzuki said.

Market players are also cautious ahead of a slew of earnings reports expected in coming weeks from Japanese companies.

The price of oil rebounded Thursday on worries about tensions in Ukraine.

U.S. crude for May delivery added 31 cents to close at $101.75 a barrel on the New York Mercantile Exchange. On Wednesday, it fell by about the same amount.

Brent crude, an international benchmark for oil, rose 22 cents to $109.33 on the ICE Futures exchange in London.