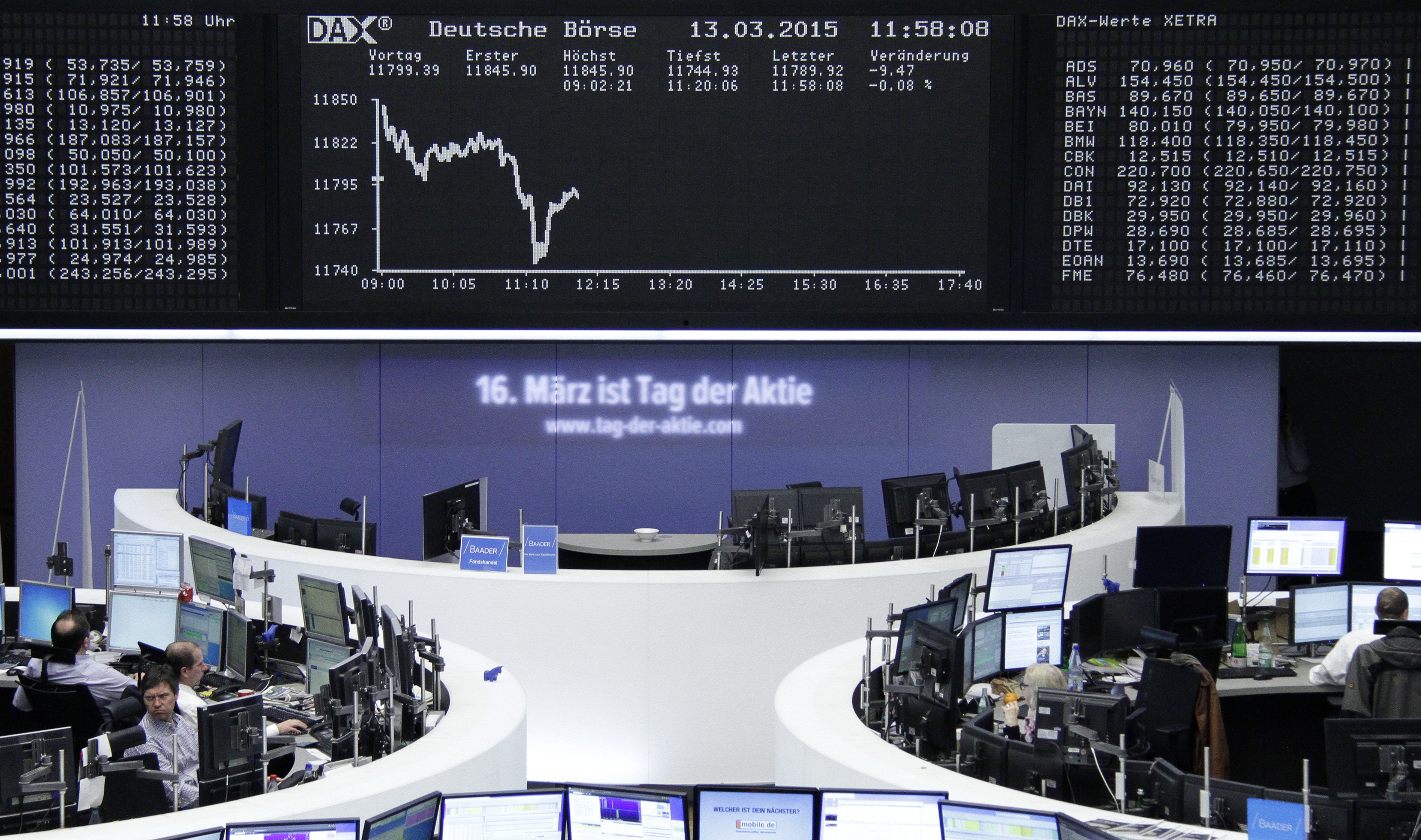 U.S. retail sales fell 0.6 percent last month after a 0.8 percent decline in January, the Commerce Department said Thursday. Despite a big drop in gas prices last year, auto purchases dropped by the most in more than a year and Americans spent less at restaurants and home improvement stores. Many investors think it's only a matter of time before consumers start to spend again, particularly if gas prices stay low and wages start to rise.

Analysts said the weak U.S. retail sales undermined arguments that the Federal Reserve will bring forward the timing of its first rate hike since the global financial crisis. Global stock markets have dropped in the past week on expectations that the Fed will raise rates soon after unexpectedly strong U.S. employment figures. Fed policymakers are meeting next week. But some analysts don't think the Fed will put great stock in the retail data and expect it to drop the word "patient" in reference to its timetable for raising interest rates.

Benchmark U.S. crude was down 11 cents to $46.94 a barrel in electronic trading on the New York Mercantile Exchange. The contract fell $1.12 to settle at $47.05 on Thursday. Brent crude, a benchmark for international oils used, turned lower, losing 28 cent to $57 in London.