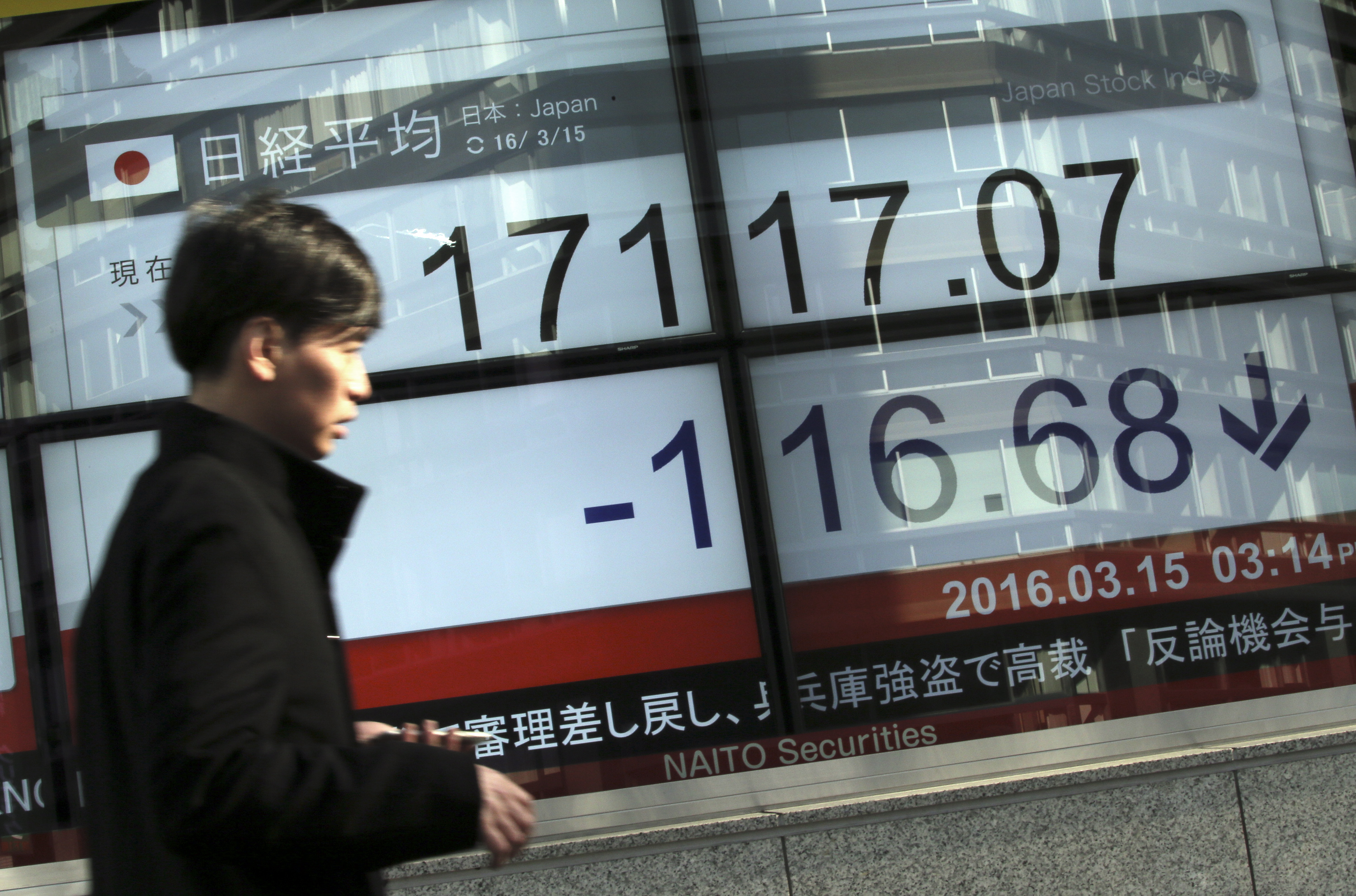 The Federal Reserve's Federal Open Market Committee meets Tuesday and Wednesday. Investors don't expect a rate hike but are watching for indications of possible future Fed moves. In December the Fed raised interest rates for the first time in almost a decade, but it left them unchanged in January.

"The most anticipated item on the U.S. economic calendar this week is the FOMC meeting, even though policy will almost certainly be left on hold. With no change in rates, the focus will be entirely on forward guidance," said Jim O'Sullivan of High-Frequency Economics in a report.

The Bank of Japan left its monetary policy unchanged Tuesday but downgraded its assessment of conditions in the world's third-largest economy, citing risks from weaker growth in China and other emerging economies and volatility in financial markets, among other factors.