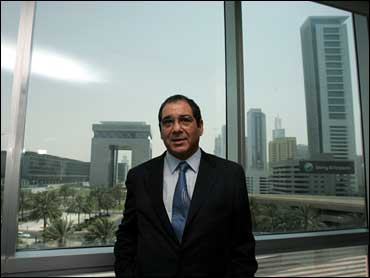 The increasing ease of becoming a millionaire became clear Tuesday, with the announcement that the ranks of world millionaires had swelled to 8.7 million last year, half a million more than the population of New York City.

One factor in the Middle East's growth in millionaires was the stock markets that spiked by more than 100 percent in Saudi Arabia and the United Arab Emirates last year. Thus far 2006, those markets have plunged by more than 50 percent, which Bazzy said may have since knocked a few millionaires off the list.

Worldwide, the number of millionaires has nearly doubled since Merrill Lynch found 4.5 million of them in 1996.

Last year's 6.5 percent growth in millionaires slowed slightly over last year's 6.6 percent, with the US and Europe slowing most alongside their cooling economies.

Merrill Lynch said the ultra-rich did better because they found "select pockets" of high-growth investments in Asia, Latin America and the Mideast, while most investors stuck with stodgy earnings in North America and Europe.

The world's millionaires are increasingly branching out from their home countries, with 65 percent paying attention to foreign markets and 30 percent buying homes overseas, the study found.

That phenomenon is only supposed to grow, as some $41 trillion is expected to be passed to heirs over the next four decades, and money managers saying more than 80 percent of inheritors will want to boost their international exposure.

Dubai might be one destination. Bazzy said the ease of investment and galloping economic growth in the mushrooming city was spurring the world's premier companies to set up businesses here.

"There are no unions, no taxes and administration is very easy. Barriers to entry are going lower and lower," Bazzy said. Overall, the UAE counts 59,000 millionaires, while neighboring Saudi Arabia had 80,000, Bazzy said.