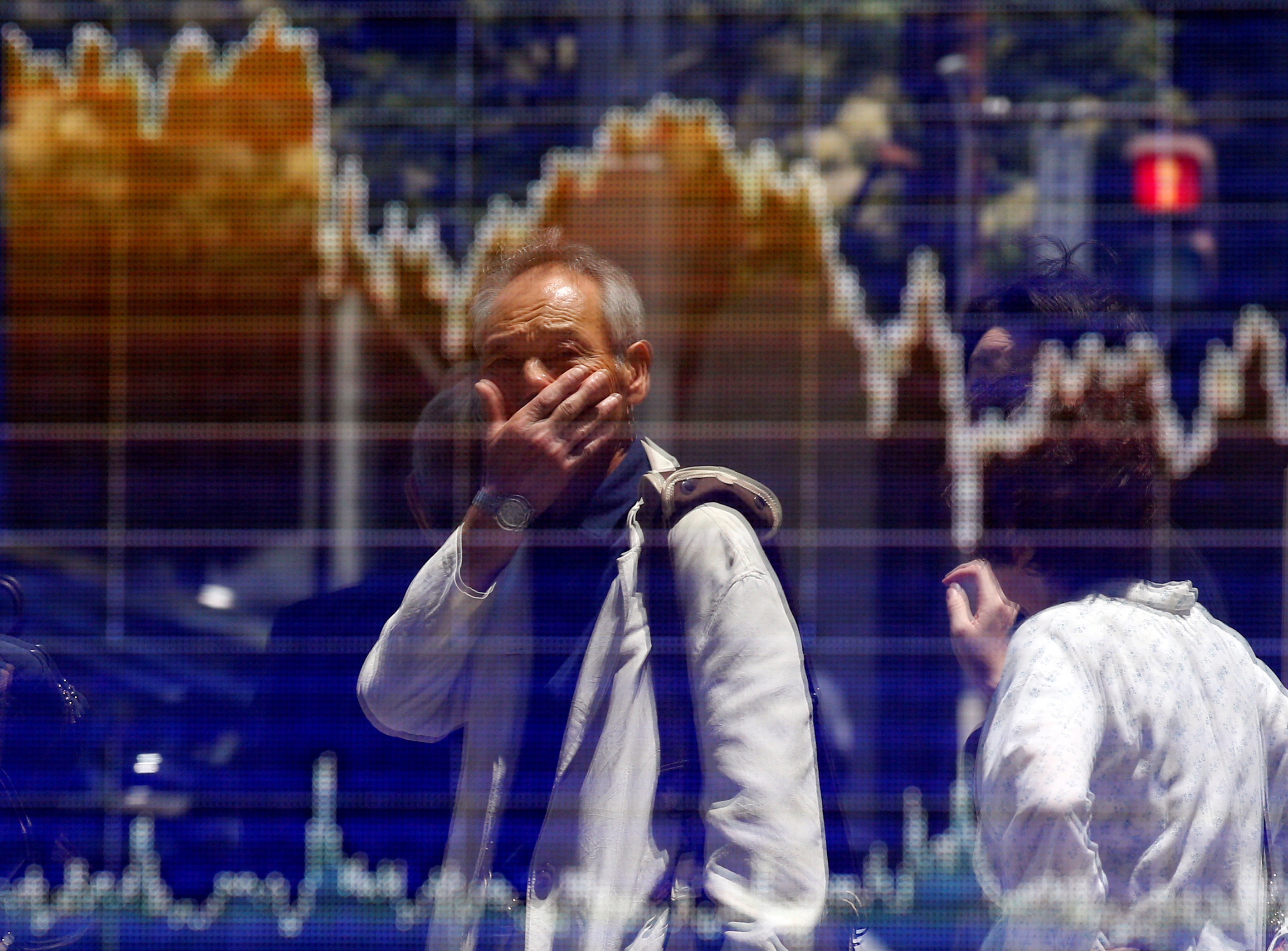 BEIJING -- British and European stock markets fell again on Monday amid the uncertainty over what the U.K.'s vote to leave the European Union might lead to.

One of the reasons the FTSE 100 has not dropped more since Friday, when it closed only 3.2 percent lower, is that many of its listed companies earn money in foreign countries, and the pound's sharp drop will translate into higher profits when that money is brought back to the U.K. The pound's drop also makes those shares cheaper for investors outside Britain.

The pound continued to suffer the most losses in the markets, dropping another 1.6 percent against the dollar on Monday, to $1.3462. Since early Friday it has dropped to levels last seen in 1985.

Japanese and Chinese stocks rose Monday but other Asian markets declined, crude prices fell farther and U.S. shares appeared headed for a lower opening as jittery traders watched for more fallout from the vote for Brexit.

The Saudi Tadawul index, the largest in the Middle East, closed 1.1 percent lower, but Egypt's EGX 30 saw a 5.54 percent drop.

Wall Street was set to drift lower on the open, with futures for the both the Dow and S&P 500 down 0.5 percent.

Last week's referendum "has had an obvious impact on international financial markets. We are seeing increasing uncertainties in the world economy," said Li Keqiang, speaking at the World Economic Forum in the eastern city of Tianjin.

The unusually direct comments by China's top economic official, who rarely discusses foreign political affairs, reflected the scale of official concern about the impact from turmoil in the 28-nation European Union, the country's top trading partner. Any weakening of European demand could hurt export industries that employ millions of workers.

"Under such circumstances, we need to jointly handle challenges, strengthen confidence and create a stable international environment," the premier told an audience of Chinese and foreign businesspeople. He gave no details of possible joint initiatives.

Li said Beijing wants to see a "united and stable" European Union and a "stable and prosperous" United Kingdom -- a possible reference to concern the vote might inspire separatist sentiment in other EU nations or portions of Britain.

Chinese leaders had taken the unusual step of publicly urging Britons to stay in the EU ahead of the vote.

The surprise outcome of Britain's referendum triggered a market plunge Friday that wiped out $2.1 trillion of stock value from Hong Kong to London to New York.

"Markets will be nervous given that the EU and U.K. have some mismatch in terms of timing of exit procedures and negotiations," said Mizuho Bank analysts in a report.

"The EU's legitimacy may be tested by separatist parties," it said. "Spanish elections more immediately and then French elections in 2017 add to the complexity of political dynamics involved in negotiations. Brewing uncertainty suggests that the stage is set for potentially stormy global markets."

In energy markets, benchmark U.S. crude shed another 32 cents to $47.32 per barrel in electronic trading on the New York Mercantile Exchange. The contract plummeted $2.47 on Friday to $47.64.

What happens next depends on how policymakers handle the fallout in the coming days, Christine Lagarde, managing director of the International Monetary Fund, said at the Aspen Ideas Festival in Colorado Sunday.

Economic risks, she said, depend on the level of uncertainty.

"How they come out in the next few days is going to really drive the direction in which risk will go," Lagarde said.

The financial markets didn't panic Friday after the vote, Lagarde said. She said central bankers put a lot of liquidity into the markets so there wouldn't be a shortage, as happened during other market plunges, including in 2008.

"It was very much under control. We didn't see those sort of panic moves," she told the group.

Leaders of the successful campaign to leave the EU stayed largely out of the public eye, offering few signals about their plans.

In Scotland, however, First Minister Nicola Sturgeon said she would consider advising the Scottish Parliament to try to use its power to prevent Britain from leaving the EU. She said Scottish lawmakers might be able to derail the move by withholding "legislative consent" for a British exit, or Brexit.