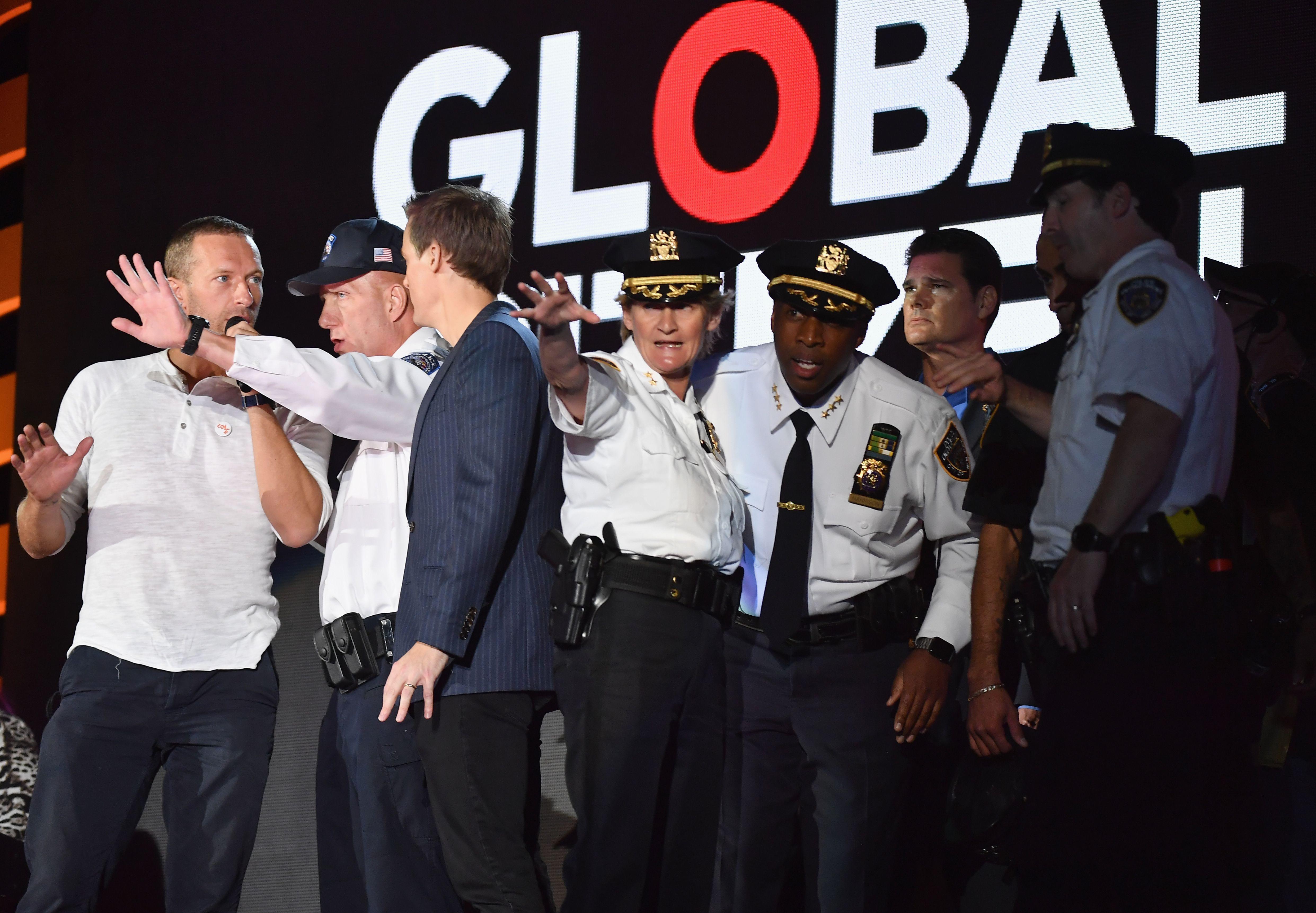 NEW YORK -- Fearing possible gunshots, it took only the collapse of a police barrier at a politically charged New York celebrity music show Saturday to send thousands of spectators fleeing in panic. The NYPD has confirmed that the loud noise was actually a barrier near the stage that fell over, CBS New York reports.

About 60,000 people had filled the park's Great Lawn for the eight-hour Global Citizen Festival. They listened to big-name personalities from Democratic New York Gov. Andrew Cuomo and Republican Sen. Jeff Flake to Janet Jackson and John Legend who all urged spectators to get involved in the nation's troubled politics.

Suddenly, just before 8 p.m., the police barrier that was meant to keep the crowd in check toppled over, releasing a clanging sound that terrified many spectators.

Some social media accounts reported there were people yelling someone had a gun and to get out, CBS New York reports.

Authorities quickly took the stage, assuring the crowd they were safe.

Burning social justice issues dominated the eight-hour event that had started on a sunny afternoon. Also scheduled were Cardi B, The Weeknd and other pop stars.

Some speakers asked the audience to call their Congress members to react to this week's Senate hearings for Supreme Court nominee Brett Kavanaugh.

In a video clip, former first lady Michelle Obama urged people to register to vote in the Nov. 6 midterm elections.

Speaking outside the show, Sen. Christopher Coons, a Delaware Democrat, called Flake "the real hero" after Friday's testimony that led the Arizona Republican to demand an FBI investigation into alleged sexual abuse accusations against Kavanaugh.

During a break in the Senate session Friday, Coons said Saturday in New York, Flake's "first comment to me when we went sort of backstage in the anteroom was, this is tearing this country apart, and I deeply respect Jeff for standing up to a ton of pressure to demand a one-week pause and an expanded FBI background check."