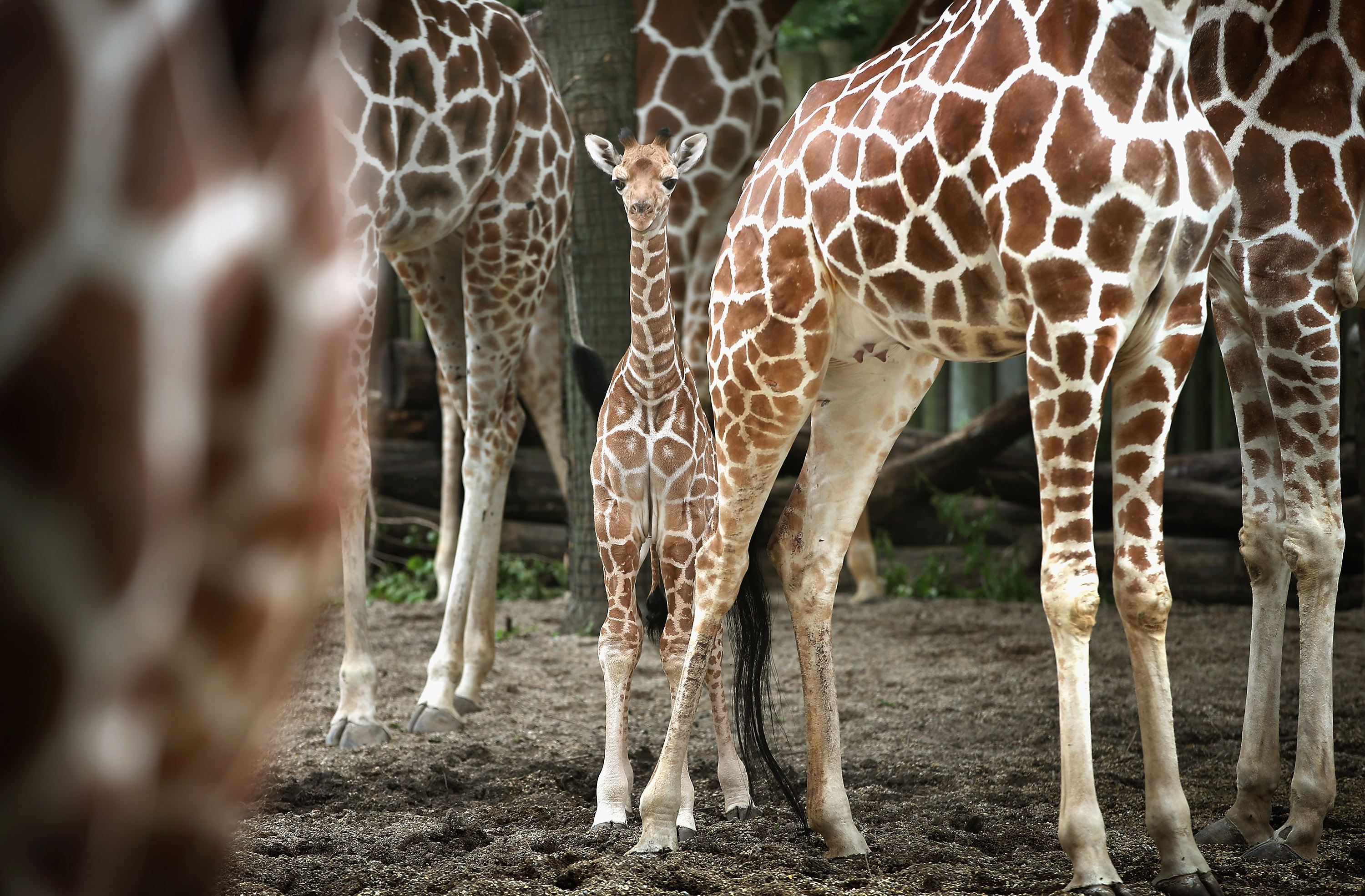 WASHINGTON — The giraffe, the tallest land animal, is now at risk of extinction, biologists say.

Because the giraffe population has shrunk nearly 40 percent in just 30 years, scientists put it on the official watch list of threatened and endangered species worldwide, calling it “vulnerable.” That’s two steps up the danger ladder from its previous designation of being a species of least concern. In 1985, there were between 151,000 and 163,000 giraffes but in 2015 the number was down to 97,562, according to the International Union for the Conservation of Nature (IUCN).

The giraffe is the only mammal whose status changed on the list this year. Scientists blame habitat loss.

While everyone worries about elephants, Earth has four times as many pachyderms as giraffes, said Julian Fennessy and Noelle Kumpel, co-chairs of the specialty group of biologists that put the giraffe on the IUCN Red List. They both called what’s happening to giraffes a “silent extinction.”

“Everyone assumes giraffes are everywhere,” said Fennessy, co-director of the Giraffe Conservation Foundation.

But they’re not, Fennessy said. Until recently, biologists hadn’t done a good job assessing giraffes’ numbers and where they can be found, and they have been lumped into one broad species instead of nine separate subspecies.

“There’s a strong tendency to think that familiar species (such as giraffes, chimps, etc.) must be OK because they are familiar and we see them in zoos,” said Duke University conservation biologist Stuart Pimm, who wasn’t part of the work and has criticized the IUCN for not putting enough species on the threat list. “This is dangerous.”

The IUCN says 860 plant and animal species are extinct, and another 68 are extinct in the wild. Nearly 13,000 are endangered or critically endangered. The next level is vulnerable, where giraffes were placed, followed by near threatened and least concerned.

But there is also good news for some species. The Victoria stonebasher, a freshwater fish in Africa, went from being considered endangered to least concerned with a stable population. And an African plant, the acmadenia candida, which was declared extinct, has been rediscovered and is now considered endangered. Another freshwater fish, ptychochromoides itasy, which hadn’t been seen since the 1960s, has been rediscovered in small numbers in Africa’s Sakay River and is now considered critically endangered.