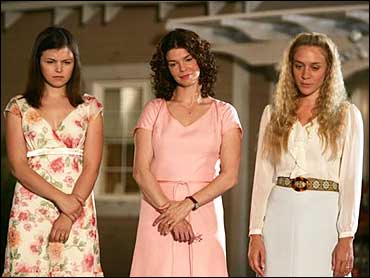 The couple, dating for two years, are engaged to be married and are planning a fall 2011 wedding.

According to a report in People magazine, the Kern, 34, proposed to the 32-year-old actress earlier this month and sealed the deal with an engagement ring he designed himself.

Kern is best known for the 2003 movies "Cabin Fever" and "Grind." Goodwin plays Margene in the HBO hit about a polygamous Mormon family and had a role in "He's Just Not That Into You."