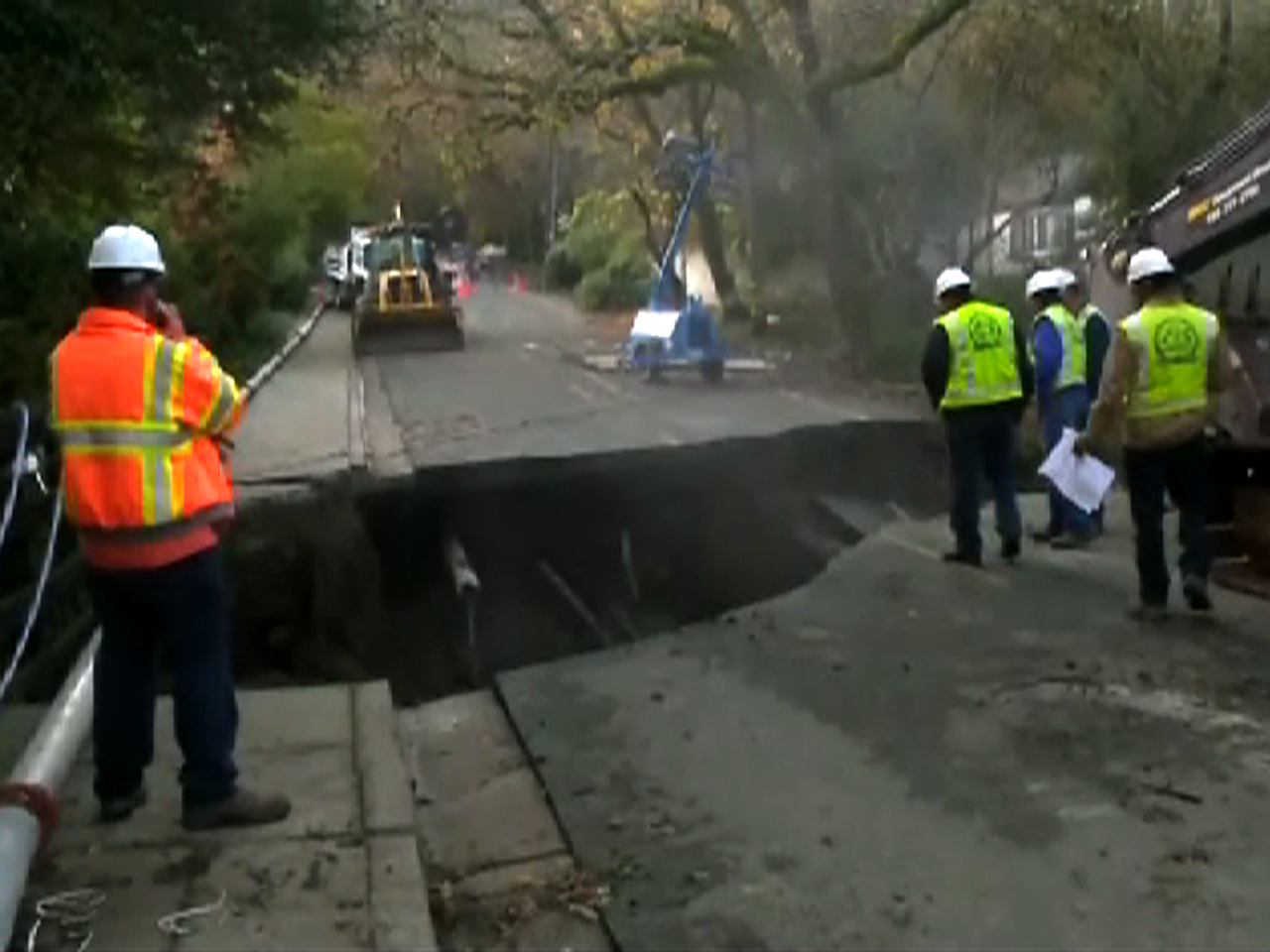 In one instance, a giant sinkhole swallowed two lanes of a street Sunday in a residential neighborhood in Lafayette, just east of San Francisco.

High water levels and a clogged storm drain in Lafayette Creek destroyed a portion of the street, creating a sinkhole where the road once was, Lafayette City Manager Steven Falk said.

Erosion of the road accelerated when the heavy current of the creek clogged the storm drain with large debris, including branches and a bureau, sometime Sunday morning, Falk said.

Water began to run over the top of the road, forcing its closure soon after. Around 3 p.m., the road collapsed onto the storm drain and left a hole 80 feet long, 40 feet wide and 15 feet deep, Falk said.

Utility agencies came out and shut off the gas and sewer lines below the road. East Bay Municipal Utilities District crews were still on scene at Monday afternoon attempting to shut off the water line.

A handful of customers were left without water and at least one was left without gas, but was provided by Pacific Gas & Electric with alternate gas service, Falk said.

Falk said the city's plan is to convey the water temporarily across where the road was and create a temporary storm drain that will handle all the water from whatever remaining storms there are this season.

Once that is completed, a team of civil engineers will create a plan to permanently fix the storm drain and road.

The collapse has left one home without access to its driveway but should not create a significant hardship to anyone in the area, Falk said.

The longest detour around the sinkhole is a block and a half, he said.

Meanwhile, a second sinkhole also opened up during the weekend, in the Santa Cruz Mountains.

That sinkhole swallowed a portion of road near the summit of state Route 17 and was shut to traffic until repairs could be made.