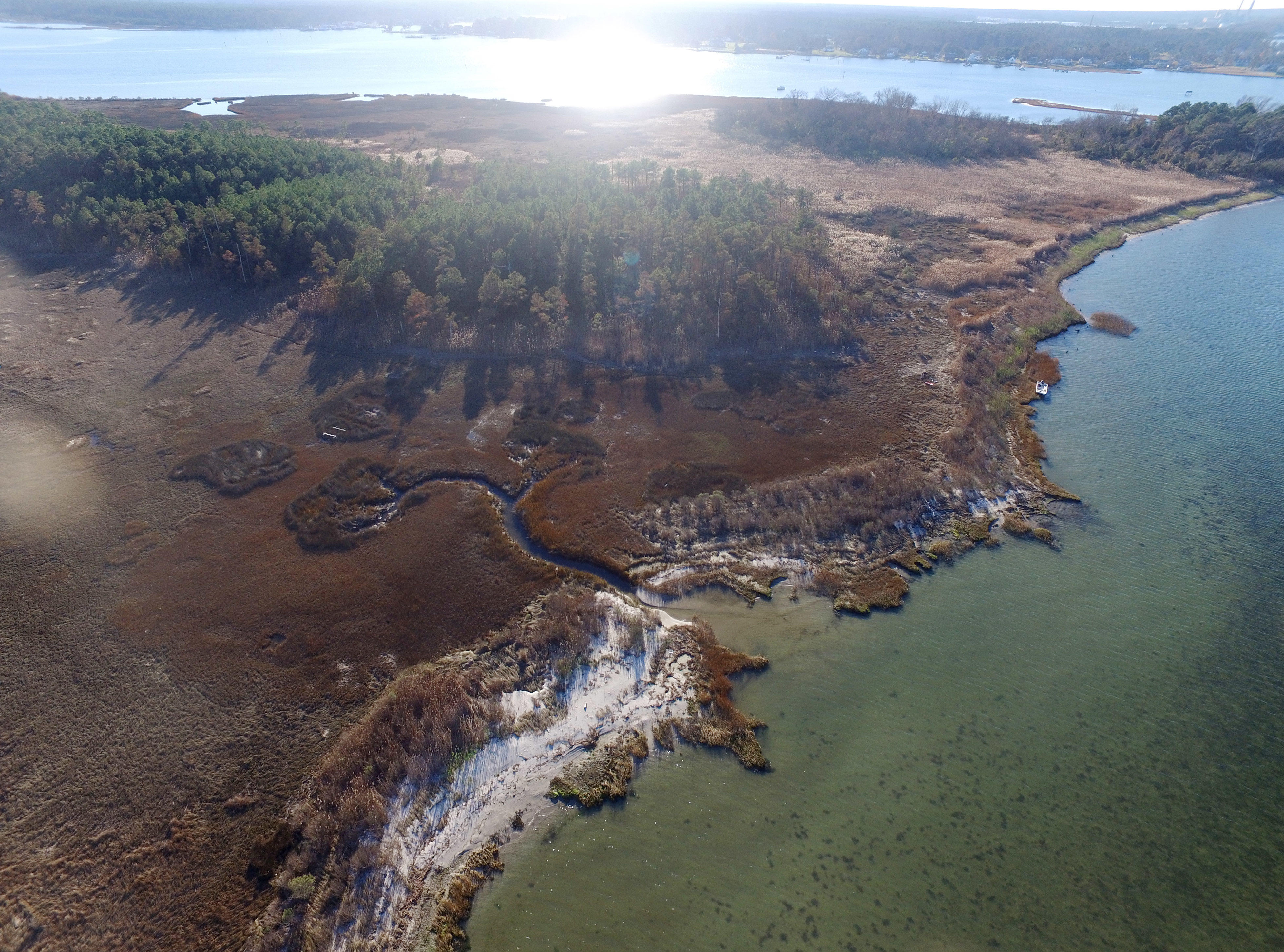 PORT REPUBLIC, N.J. -- They're called "ghost forests" - dead trees along vast swaths of coastline invaded by rising seas, something scientists call one of the most visible markers of climate change.

The process has occurred naturally for thousands of years, but has accelerated in recent decades as polar ice melts and raises sea levels, scientists say, pushing salt water farther inland and killing trees in what used to be thriving freshwater plains.

Efforts are underway worldwide to determine exactly how quickly the creation of ghost forests is increasing. But scientists agree the startling sight of dead trees in once-healthy areas is an easy-to-grasp example of the consequences of climate change.

"I think ghost forests are the most obvious indicator of climate change anywhere on the Eastern coast of the U.S.," said Matthew Kirwan, a professor at Virginia Institute of Marine Science who is studying ghost forests in his state and Maryland. "It was dry, usable land 50 years ago; now it's marshes with dead stumps and dead trees."

It is happening around the world, but researchers say new ghost forests are particularly apparent in North America, with hundreds of thousands of acres of salt-killed trees stretching from Canada down the East Coast, around Florida and over to Texas.

The intruding salt water changes coastal ecosystems, creating marshes where forests used to be. This has numerous effects on the environment, though many scientists caution against viewing them in terms of "good" or "bad." What benefits one species or ecosystem might harm another one, they say.

For instance, migratory birds that rely on coastal forests have less habitat. And the death of the trees makes soil microbes release nitrogen, which adds to nitrogen already occurring from other sources, including agricultural runoff, to contribute to algae blooms and reduced oxygen that can sicken or kill fish.

But the conversion of forest into marshland produces "extremely productive" wetlands that feed and shelter fish and shellfish.

The Atlantic croaker fish, for instance, was rare 15 years ago in southern New Jersey waters but now is abundant, said Ken Able, a Rutgers University professor.

"There is a lot of change going on," said Greg Noe, a research ecologist with the U.S. Geological Survey. "It's dramatic and it's changing faster than it has before in human history."

Quantifying the rate of increase in ghost forests is a major focus of Able's research. Some scientists say the increase began around the time of the Industrial Revolution, while others say the speedup began more recently than that.

In the past 100 years, Kirwan said, 100,000 acres of forest in the Chesapeake Bay has converted to marshland. Photographs show the rate of coastal forest loss is four times greater now than it was during the 1930s, he said.

Seas off the East Coast have risen by 1.3 feet over the last 100 years, said Ben Horton, a Rutgers University professor and expert on sea level rise. That is a faster pace than for the past 2,000 years combined, he said.

Some of the most dramatic anecdotal evidence of the acceleration in ghost forest creation is along the Savannah River between Georgia and South Carolina, Noe said.

When his team first got there 10 years ago, "it looked like the trees were under a little stress, but they were all alive," he said. "But five years later, the vast majority of them were dead. That happened right in front of our eyes, much faster than we expected."

Marcelo Ardon, a biology professor at North Carolina State University, studied one site called the Palmetto Pear Tree Preserve on Albemarle Sound in North Carolina from 2006 to 2009. When he returned in 2016, he said, "what used to look like a healthy cypress swamp, now the trees are dead and the water level is a lot higher. The place has completely changed. I've checked overhead satellite photos and you can see the trees dying."

In southern New Jersey, the most affected species is the Atlantic white cedar, which was a mainstay of the shipbuilding industry because of its resistance to rot. Farther south, cypress, loblolly pines and Eastern red cedar are dying.

Large storms can drive salt water further inland and kill trees; 2012's Superstorm Sandy is believed to have led to the deaths of some trees in southern New Jersey, Able said.

The difference, Kirwan said, is that in the past, flooded areas would dry out before salt water killed most of the trees.

"That same storm 100 years ago would also have killed trees," he said. "But 100 years ago that same land wouldn't have been so wet that new trees couldn't get established and replace the dead ones. That's a big part of where sea level rise comes in."