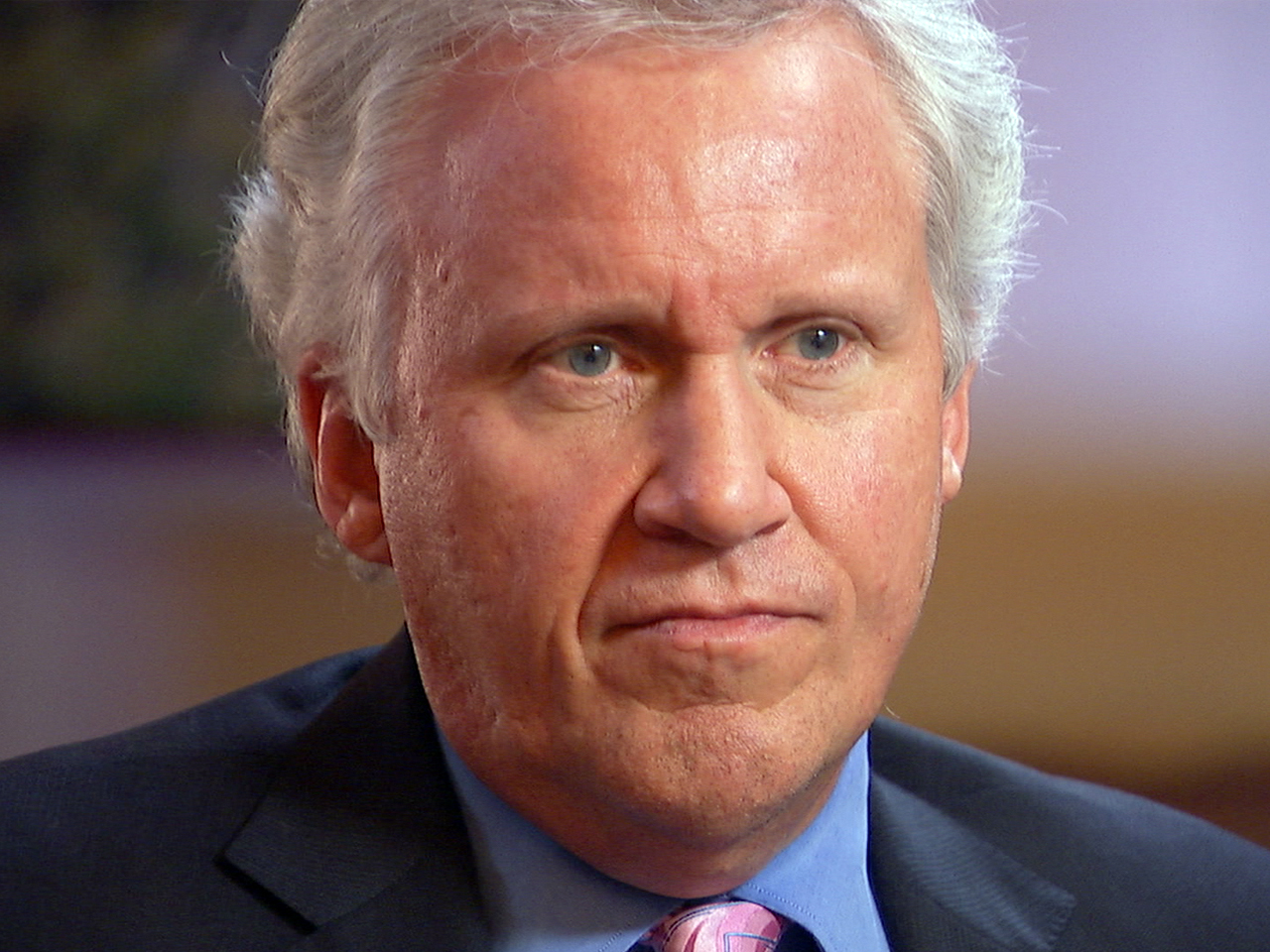 In his New York Times blog, "Conscience of a Liberal," economist Paul Krugman takes a shot at Jeffrey Immelt, the CEO of GE and head of President Obama's Council on Jobs and Competitiveness. He cites comments made during a "60 Minutes" interview as an example of "awesome cluelessness."

The Immelt vs. Krugman run-in is an example of the ideological differences that are playing out in the Occupy Wall Street protests across the country.

Krugman questioned whether Americans and Immelt's U.S. employees should be rooting for GE.

"...GE isn't in any important sense an 'American' company. More than half its employees are overseas. I'm sure Immelt would claim that this is just what he needs to do to compete; but in that case, he can't have it both ways and also demand that we cheer for GE as an American champion," Krugman wrote.

Stahl asked Immelt about negative public sentiment toward corporations. "I think this notion that it's the population of the U.S. against the big companies is just wrong. It's just wrong-minded and when I walk through a factory with you or anybody, you know, our employees basically like us," he responded. "They root for us, they want us to win. I don't know why you don't."

While Immelt said his employees should root for the company, he meant not just those in the U.S.  "I'm a complete globalist. I think like a global CEO. But I'm an American. I run an American company. But in order for GE to be successful in the coming years, I've gotta sell my products in every corner of the world," he told Stahl.

"If I wasn't out chasing orders in every corner of the world, we'd have tens of thousand fewer employees in Pennsylvania, Ohio, Massachusetts, Texas," Immelt added. "I'm never going to apologize for that, ever, ever."

The majority of growth for GE is happening outside the U.S., and 60 percent of revenue comes from overseas, Immelt said.

In his blog, Krugman offered a chart showing how GE's corporate profits have risen spectacularly, while GE employee wages have risen only slightly in the last decade.

In the meantime, protesters are continuing their Occupy Wall Street vigils across the country, questioning just how motivated corporations are to win for America and job creation, and how dedicated the people in Congress and the White House are to resolving their differences on how to restart the economy.