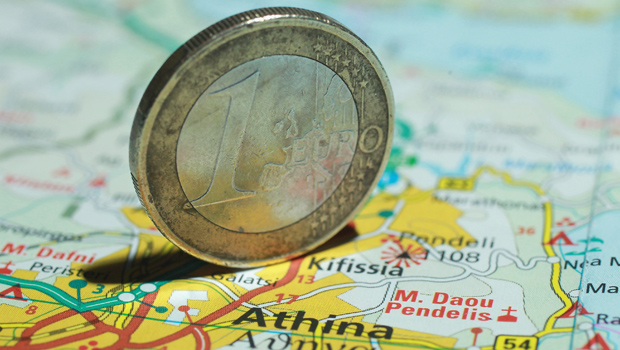 BERLIN Germany's finance minister said in an interview published Friday that he expects a future aid package for Greece to be much smaller than the country's existing rescue deals.

In two bailout packages so far, Greece's European partners and the International Monetary Fund have committed 240 billion euros ($320 billion) in loans. This week, German Finance Minister Wolfgang Schaeuble said there will have to be another aid program after the current one expires next year.

Schaeuble was quoted as telling Germany's Handelsblatt daily that the prospect of further aid is being held out on condition that Greece fulfills its obligations "and in the expectation that this will be about far smaller sums than to date, because Greece will then already have a primary surplus."

He said he can't name any specific figures or measures and that decisions will have to be made next year, but again rejected the idea of a second debt writedown for Greece following a massive debt restructuring deal agreed with private sector bondholders last year.

Asked where the money for a further Greek aid package would come from, Schaeuble said that hasn't been decided but noted that the eurozone's rescue fund, the European Stability Mechanism, "is far from exhausted."

Germany's opposition has seized on Schaeuble's comments about Greece to attack the government's credibility ahead of Sept. 22 elections. But officials are insisting the minister was really saying nothing new, noting that they have long said more aid was likely.

Schaeuble said it was "nonsense" to assert that he was hiding anything.

"I don't want it said of me after the election, independently of how it goes and what I personally do afterward, that I didn't tell the truth before the election," he was quoted as saying.

"So I am glad that the public has now paid close attention to what I have been saying again and again for a long time ... we will have to concern ourselves in the middle of next year with new measures for Greece."