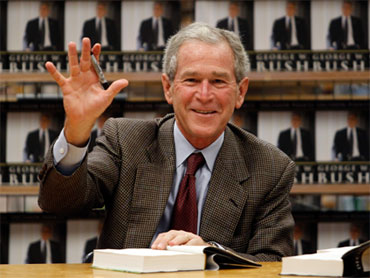 Mr. Bush's spokesman David Sherzer said in a statement that Mr. Bush accepted an invitation to speak at the Denver summit six months ago. The former president was slated to speak at the event tomorrow.

"This week, upon learning that Julian Assange had recently been invited to address the same summit, President Bush decided to cancel his appearance," Sherzer said. "The former president has no desire to share a forum with a man who has willfully and repeatedly done great harm to the interests of the United States."