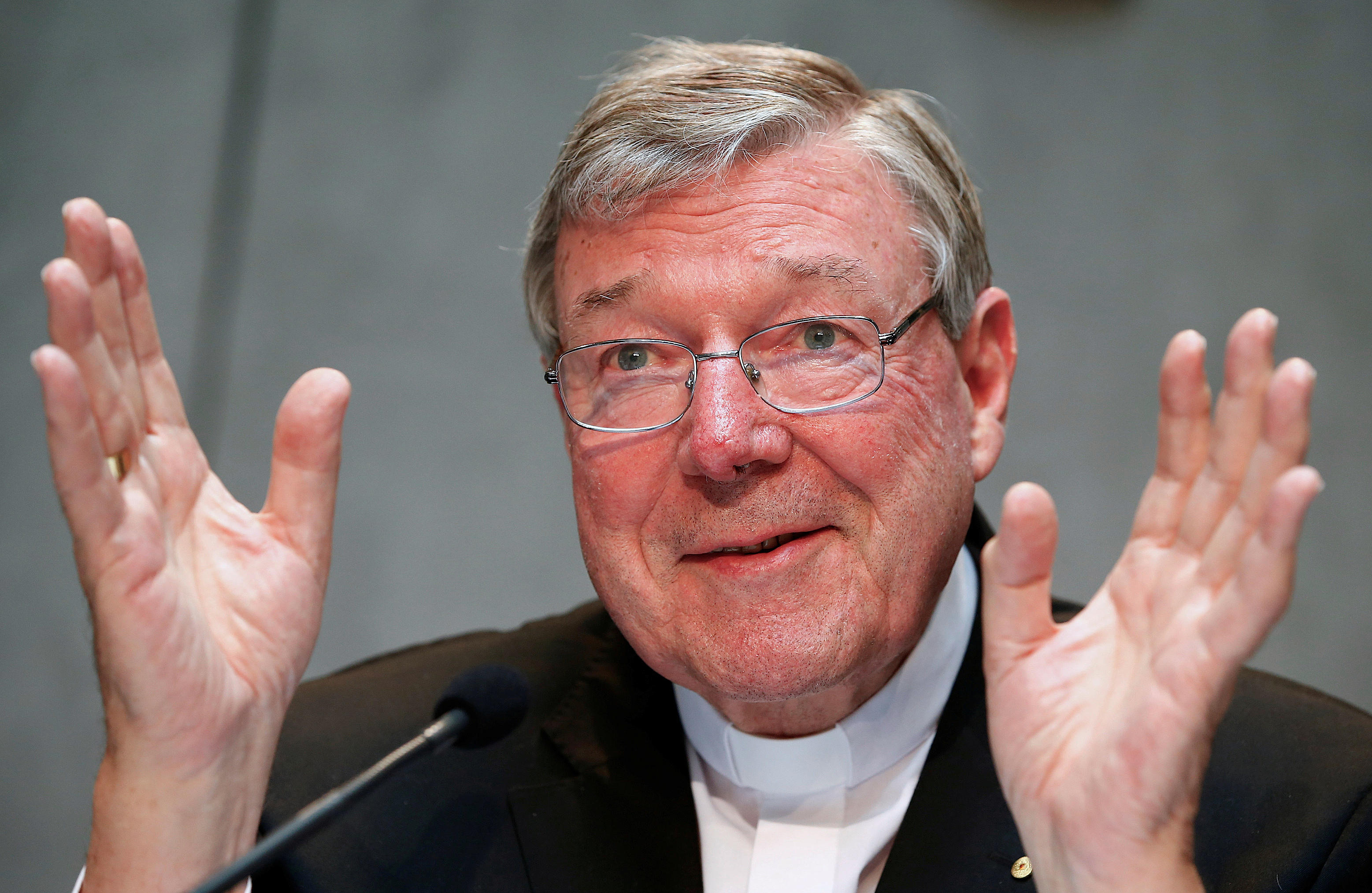 Cardinal George Pell, Pope Francis' chief financial adviser and Australia's most senior Catholic, is the highest-ranking Vatican official to ever be charged in the church's long-running sexual abuse scandal. Pell said he would return to Australia to fight the charges.

Victoria state Police Deputy Commissioner Shane Patton said police have summonsed Pell to appear in an Australian court to face multiple counts of "historical sexual assault offenses," meaning offenses that generally occurred some time ago. Patton said there are multiple complainants against Pell, but gave no other details on the allegations against the cardinal. Pell was ordered to appear in Melbourne Magistrates Court on July 18.

Pell, 76, has repeatedly denied all abuse allegations made against him. The Catholic Church in Australia, which issues statements on Pell's behalf, did not immediately respond to a request for comment on the charges.

"It is important to note that none of the allegations that have been made against Cardinal Pell have, obviously, been tested in any court yet," Patton told reporters in Melbourne. "Cardinal Pell, like any other defendant, has a right to due process."

An Australian support group for adult survivors of childhood abuse is applauded the decision to charge Pell.

Pam Stavropoulos, head of research at the Blue Knot Foundation, said on Thursday the charges send a "powerful message" to both survivors of child sexual abuse and society as a whole that no one is above the law.

The charges are a new and serious blow to Pope Francis, who has already suffered several credibility setbacks in his promised "zero tolerance" policy about sex abuse.

For years, Pell has faced allegations that he mishandled cases of clergy abuse when he was archbishop of Melbourne and, later, Sydney. His actions as archbishop came under intense scrutiny in recent years by a government-authorized investigation into how the Catholic Church and other institutions have responded to the sexual abuse of children. Australia's Royal Commission into Institutional Responses to Child Sexual Abuse -- the nation's highest form of inquiry -- has found shocking levels of abuse in Australia's Catholic Church, revealing earlier this year that 7 percent of Catholic priests were accused of sexually abusing children over the past several decades.

Last year, Pell acknowledged during his testimony to the commission that the Catholic Church had made "enormous mistakes" in allowing thousands of children to be raped and molested by priests. He conceded that he, too, had erred by often believing the priests over victims who alleged abuse. And he vowed to help end a rash of suicides that has plagued church abuse victims in his Australian hometown of Ballarat.

But more recently, Pell himself became the focus of a clergy sex abuse investigation, with Victoria detectives flying to the Vatican last year to interview the cardinal. It is unclear what allegations the charges announced Thursday relate to, but two men, now in their 40s, have said that Pell touched them inappropriately at a swimming pool in the late 1970s, when Pell was a senior priest in Melbourne.

The charges put Pope Francis in a thorny position. In 2014, Francis won cautious praise from victims' advocacy groups when he created a commission of outside experts to advise him and the broader church about "best practices" to fight abuse and protect children.

But the commission has since lost much of its credibility after its two members who were survivors of abuse left. Francis also scrapped the commission's signature proposal -- a tribunal section to hear cases of bishops who covered up for abuse -- after Vatican officials objected.

In addition, Francis drew heated criticism for his 2015 appointment of a Chilean bishop accused by victims of helping cover up for Chile's most notorious pedophile. The pope was later caught on videotape labeling the parishioners who opposed the nomination of being "leftists" and "stupid."

When Francis was asked last year about the accusations against Pell, he said he wanted to wait for Australian justice to take its course before judging. "It's true, there is a doubt," he told reporters en route home from Poland. "We have to wait for justice and not first make a mediatic judgment -- a judgment of gossip -- because that won't help."

"Once justice has spoken, I will speak," he said.

Francis appointed Pell in 2014 to a five-year term to head the Vatican's new economy secretariat, giving him broad rein to control all economic, administrative, personnel and procurement functions of the Holy See. The mandate has since been restricted to performing more of an oversight role.

It remains to be seen how Pell -- and the pope -- will respond to the developments.

Given Francis' credibility is on the line, any decision to keep Pell on as prefect while facing charges would reflect poorly on Francis, given he remains one of the pope's top advisers.

At the same time, the Vatican has a history of shielding its own: When Cardinal Bernard Law resigned in disgrace in 2002 over his cover-up of abuse in Boston, victims expressed outrage that St. John Paul II gave him a plum position as archpriest of a Rome basilica.

The transfer spared Law what would likely have been years of litigation and testimony in U.S. courts as victims sued the archdioceses for their abuse, though Law himself was never criminally charged with wrongdoing.

In the 1980s, the Vatican refused to cooperate with Italian investigators when one of its officials, Archbishop Paul C. Marcinkus, was indicted over a banking scandal. The Vatican successfully cited his diplomatic immunity.