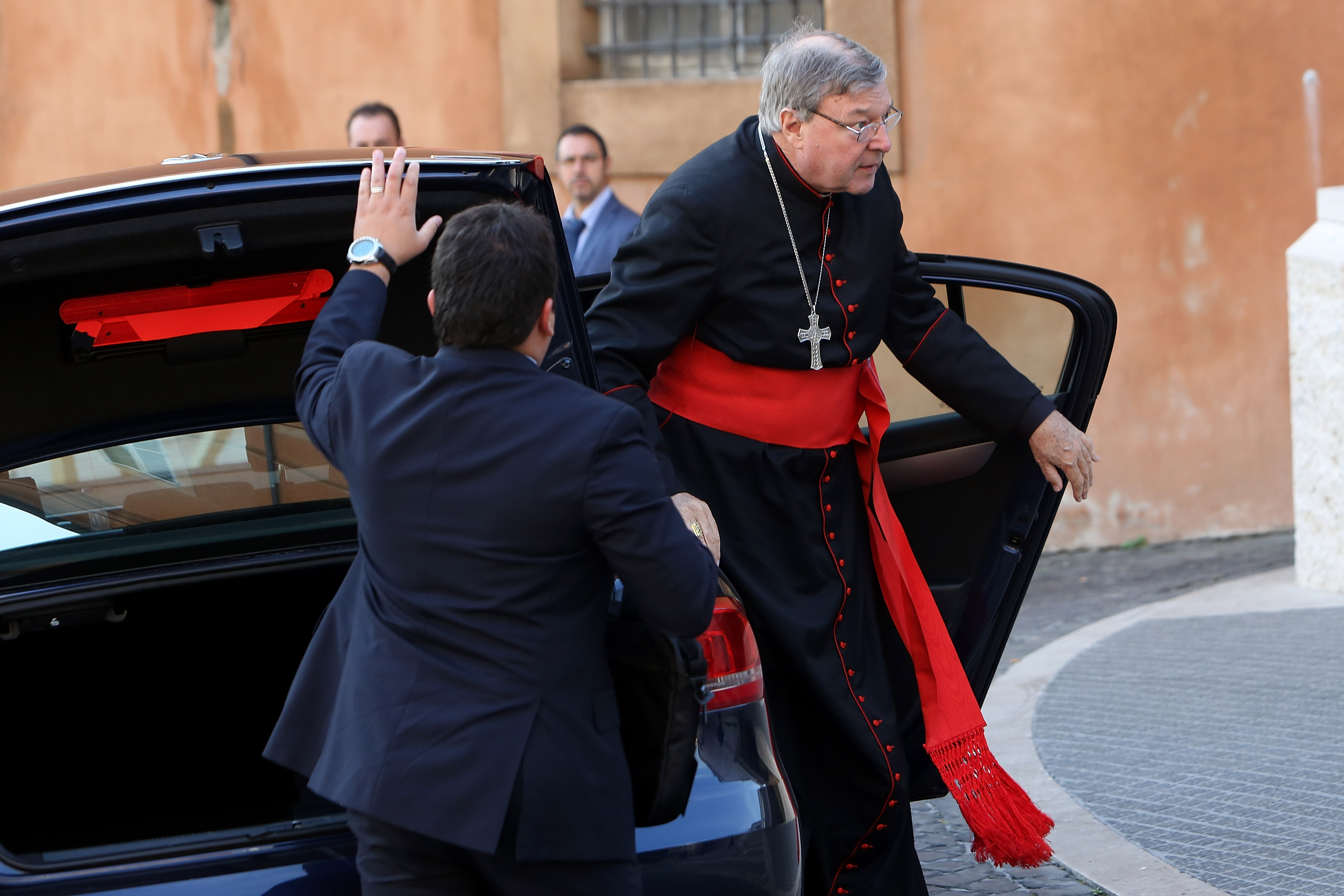 A lay member of Pope Francis' commission for the protection of children has called on Pope Francis to dismiss Cardinal George Pell, the pope's hand-picked finance czar, for turning a blind eye to child sex abuse while he was the senior prelate in Australia.

Peter Saunders - a British member of the 17-member commission on child sex abuse - said in an Australian television interview Sunday that Pell had an "almost sociopathic" disregard for the victims of predator priests.

"He is making a mockery of the papal commission, of the pope himself, but most of all, of victims and survivors," he said. Saunders called on the pope to dismiss Pell. "I think it's critical he is moved aside - that he is sent back to Australia and that the pope takes the strongest action against him."

Pell has repeatedly denied accusations that he protected pedophile priests and tried to bribe one victim to keep quiet. On Monday, a spokesperson for the cardinal said in a statement: "The false and misleading claims made against His Eminence are outrageous. The cardinal is left no alternative but to consult with his legal advisers."

"Cardinal Pell has never met Mr. Saunders, who seems to have formed his strong opinions without ever having spoken to His Eminence," said the spokesperson.

Also on Monday, Vatican spokesman Father Federico Lombardi downplayed Saunders' accusations, saying in a statement that Pell's stated position on the cover-up allegations "must be considered reliable and worthy of respect and attention." Lombardi said that Saunders spoke only in his own name and not on behalf of the entire Vatican commission.

Saunders' allegations come while hearings are being held by the Australian Royal Commission into Institutional Responses to Child Sexual Abuse on how schools, churches and government agencies handled cases of child abuse. Pell has already appeared twice via video link from the Vatican, and offered to do so again. The Royal Commission said they would summon Pell to Australia later this year.

In the past two weeks, the Royal Commission heard accusations against Pell that included moving known pedophile priests, ignoring victims' reports, and bribing the nephew of one notorious predator priest to keep quiet about abuse he had suffered at the hands of his uncle. In response, Pell wrote to the Royal Commission on May 20 that he was "horrified" by survivors' accounts, and that the crimes committed against them were "profoundly evil and completely repugnant." He rejected the accusations and reiterated a sworn denial, saying he would "answer allegations and criticism" openly and honestly.

Saunders was one of six abuse survivors to meet with the Pope Francis in July of last year. In December, he was appointed to the Pontifical Commission for the Protection of Minors, headed by U.S. Cardinal Sean O'Malley. Founder of a British charity for abused children, he has described himself as a "thorn in the side of the Catholic church," and has been an outspoken critic of the church's handling of clerical sex abuse.