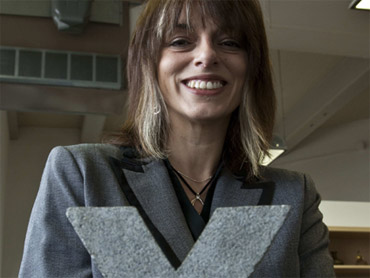 They're antsy and edgy, tired of waiting for promotion opportunities at work as their elders put off retirement. A good number of them are just waiting for the economy to pick up so they can hop to the next job, find something more fulfilling and get what they think they deserve. Oh, and they want work-life balance, too.

Not necessarily, say people who track the generations. In these hard times, they're also hearing strong rumblings of discontent from Generation X. They're the 32- to 44-year-olds who are wedged between baby boomers and their children, often feeling like forgotten middle siblings - and increasingly restless at work as a result.

"All of a sudden, we've gone from being the young upstarts to being the curmudgeons," says Bruce Tulgan, a generational consultant who's written books about various age groups, including his fellow Gen Xers.

This isn't the first time Gen Xers have faced tough times. They came of age during a recession and survived the dot-com bust of 2000. In recent years, though, more members of the generation - stereotyped early on as jaded individualists - had families or began settling down in other ways. It was time, they thought, to enjoy the rewards of paying some dues.

"We were starting to buy into the system, at least to some extent," Tulgan says, "and then we got the rug pulled out from under us."

Now, in this latest recession, nearly two-thirds of baby boomer workers, ages 50 to 61, say they might have to push back their retirement, according to a recent survey from Pew Research.

Meanwhile, on the other end of the age spectrum are Gen Yers, who are often cheaper to hire and heralded for their coveted high-tech knowledge, even though many Gen Xers consider themselves just as technologically savvy.

"It's so annoying," says Lisa Chamberlain, another Gen Xer who wrote the book "Slackonomics: Generation X in the Age of Creative Destruction." "First, it was always the baby boomers overshadowing everything. Then there was this brief period in the mid-'90s where Gen X was cool.

They can sound a little whiny. But there's also some evidence that Gen Xers really are being taken for granted at work.

One survey done this year for Deloitte Consulting LLP, for instance, found that nearly two-thirds of executives at large companies were most concerned about losing Gen Y employees, while less than half of them had similar concerns about losing Gen Xers.

The assumption is often that Gen Yers are the least loyal and most mobile, says Robin Erickson, a manager with Deloitte's human capital division.

However, she points out that a companion survey of employees found that only about 37 percent of Gen Xers said they planned to stay in their current jobs after the recession ends, compared with 44 percent of Gen Yers, 50 percent of baby boomers and 52 percent of senior citizen workers who said the same.

Everyone surveyed worried about job security. Gen X and Gen Y were most likely to complain about pay. But a "lack of career progress," was by far the biggest gripe from Gen Xers, with 40 percent giving that as a reason for their restlessness, compared with 30 percent of Gen Yers, 20 percent of baby boomers and 14 percent of senior workers.

Gen Yers, meanwhile, were more likely than the other generations to cite "lack of challenges in the job" as a reason they would leave, while baby boomers more often chose "poor employee treatment during the downturn" and a "lack of trust in leadership."

The Deloitte study warns of a "resume (C.V.) tsunami" once economic recovery begins, especially among Gen Xers, and notes that many executives were largely unaware of employee complaints unrelated to money.

"The lack of promotional opportunities has pretty much killed job loyalty within a generation," he says.

Liza Potts, a 35-year-old professor at Old Dominion University in Norfolk, Virginia, agrees, but also notes that the disillusionment took hold for many of her peers as far back as childhood.

"Many of my friends had hoped to have jobs like their parents - places they would stay forever that would take care of them like they did their parents. But then we saw that start to crumble for our folks," she says, recalling friends whose fathers and mothers got laid off from companies such as IBM or had to relocate.

Now worried about their own foreclosures, debt and unemployment, her generation is left to do the soul-searching their parents did.

"Is there still time to become something different? Must we just accept where we are? Is there time to innovate elsewhere?" asks Potts who left her own career in the software and Internet industry for a life in academia. It's meant less money, she says, but also more freedom to choose her work hours and projects.

In Chicago, 40-year-old real estate agent Adon Navarette has taken on extra jobs to make it, from consultant for an energy supply company to starting his own health and wellness business. He's heard his peers sniping about other generations, but also thinks their experience with other rough economic patches makes them resilient, too.

It's a pivotal moment, he says.

Jon Anne Willow, co-publisher of ThirdCoastDigest.com, an online arts and culture site in Milwaukee, is among employers who've recently been able to hire more experienced candidates for jobs traditionally filled by 20somethings.

They're hungry to work, she says. And as she sees it, that gives her fellow Gen Xers and the baby boomers she's hired a distinct advantage over a lot of the Gen Yers she's come across.

"When the dust settles, they'll be exactly as they were before and we'll just have to sift through them and take the ones that actually get it and hope the rest find employment in fast food," she quips.