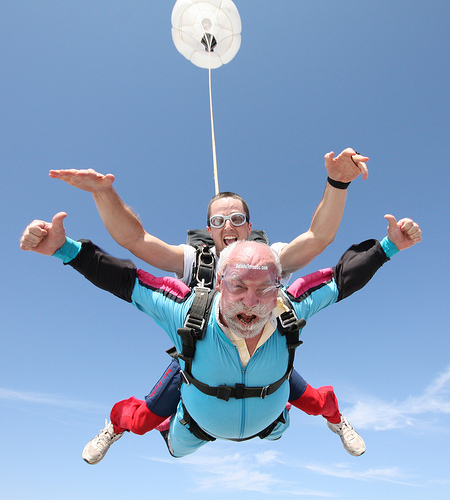 A new study, the product of three years of research based on the careers of about 3,000 Canadian knowledge workers, provides some surprising insights into the career ambitions of four generations of workers. Among the surprises: The dramatic unhappiness of Generation X employees, and the ongoing ambitions of the oldest group, dubbed "Matures."

The researchers--Sean Lyons of the University of Guelph, Eddie Ng of Dalhousie University, and Linda Schweitzer of Carlton University--grouped their subjects into four generations: Matures (born before 1945); Boomers (born from 1946-1964); Generation X (born from 1965-1979); Millennials (born from 1980-1992). They asked each person to rank 25 career attributes, such as potential for advancement, support from one's supervisor, the ability to make a difference, and high wages.

Here are some of their findings:

Matures place little emphasis on work/life balance. "Balance" was ranked in the top ten for Millennials, GenXers and Boomers, but not for Matures.

Millennials and Matures are most ambitious. Only Millennials placed "advancement" in their top 10. It was somewhat important to Matures, but not to Boomers or Gen Xers.

Matures want to be challenged. They're the only ones that placed "challenge" in their top 10.

Older workers are the most interested in learning. "Opportunities for continuous learning" was most important to Boomers and Matures. Those in Generation X were least likely to say this is essential. My guess is that a lot of these folks are essentially gutting it out, trying to get a decent job and a decent paycheck that lets them attend their kids' soccer practices--which are inevitably interrupted by their buzzing BlackBerries.

That would be consistent with another of the authors' observations:

A stark finding of our study is the level of dissatisfaction of Generation X employees. As the mass retirement of Boomers nears, Generation X employees will become even more critical to the success of organizations. Unfortunately, these employees reported the lowest levels of satisfactions and met expectations, as well as the highest levels of conflict between work and family life.

Work-Life balance is bound to be contentious. The desire for a better work/life balance seems strongly tied to age and how likely someone is to be raising young kids or caring for parents. Close to 40% of GenXers and Millennials said work-life balance was essential to them. But only 30% of Boomers and less than 20% of Matures said the same. Given that many workplaces have large numbers of GenXers and Millennials reporting up to Boomers and Matures, it seems there's a built-in potential for conflict here.

More broadly, the authors came up with these profiles of the generations:

Millennials are more focused on meeting individual and social needs through work. They put less emphasis on the nuts and bolts of their jobs, such as having good relations with their supervisors and access to the information needed to do their jobs well. But they showed the most interest in status and advancement.

GenX place the most emphasis on balance and flexibility, and seems prepared to give up status, advancement, and some recognition of their efforts to get it.

Boomers are most concerned about the work environment itself: access to information needed to do their jobs, supportive supervisors, job security and benefits all ranked highly. They also placed a higher emphasis on characteristics such as making the best use of one's abilities, doing challenging work, and helping other people.

Matures are more ambitious than stereotypes might lead you to believe. These workers, as a group, have no intention of fading into the sunset. Perhaps because of their upbringings, or perhaps because their heavy-duty family responsibilities may have ended, their top priorities included recognition, making a significant impact, having influence, and authority.

Do you find these profiles accurate? Helpful to managers? Or just a new form of stereotyping?

Kimberly Weisul is the co-founder of One Thing New. She is also a freelance writer, editor and editorial consultant. Follow her on twitter at www.twitter.com/weisul