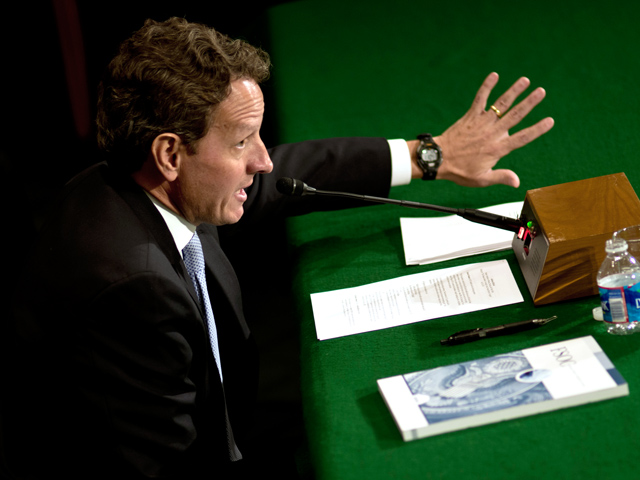 Geithner told the Senate Banking Committee he alerted U.S. and British regulators in 2008 when he learned of problems with the London interbank offered rate, or LIBOR. He was then president of the Federal Reserve Bank of New York.

Britain's Barclays Bank admitted last month that it had submitted false information to keep the rate low. Barclays was fined $453 million. Other banks are being investigated.

Geithner said such investigations are complex and take a long time.