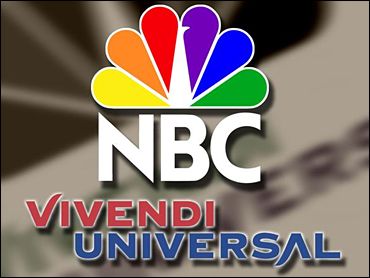 An understanding between GE and Vivendi has been reached but has yet to be formalized, according to a person with knowledge of the talks who requested anonymity because the negotiations were private.

The agreement would pave the way for GE to sell a 51 percent stake in the TV and movie company to Comcast Corp., the largest U.S. cable TV provider. That deal, which would make Philadelphia-based Comcast one of the largest U.S. entertainment companies, is valued at about $30 billion.

An agreement was supposed to have been announced weeks ago, but GE's talks with Vivendi have been taking longer than expected.

Vivendi knew it had a strong hand — GE wants to sell part of NBC Universal to raise money after suffering losses in its GE Capital unit. Meanwhile, Comcast wants to beef up its programming assets with a marquee name at a price it could handle — around $5 to $7 billion cash plus contribution of its cable networks to a joint venture that would house the new NBC Universal.

Vivendi also could use the money. Two weeks ago, it invested $4.2 billion to take control of Brazilian telecom operator GVT. However, a Vivendi executive had said the company might decide not to exercise its annual window — which ends Dec. 10 — to sell its stake in NBC Universal.

Vivendi hoped to get more than $6 billion for its NBC Universal holdings but $6 billion was GE's ceiling, the person said. The Wall Street Journal has reported that GE would pay $5.8 billion for the stake.

Comcast's agreement with GE is set and won't be affected by whatever price GE ends up paying Vivendi.

NBC Universal was formed in 2004, after Vivendi agreed to merge its Vivendi Universal Entertainment business with GE's NBC in a move to sell off some of its businesses after running up billions of dollars in debt in a buyout binge.

Comcast would contribute cable networks such as E! and Style to a new NBC Universal joint venture with Fairfield, Connecticut-based GE. That company would own a 49 percent stake in the new NBC Universal but is expected to completely divest its holdings after several years.