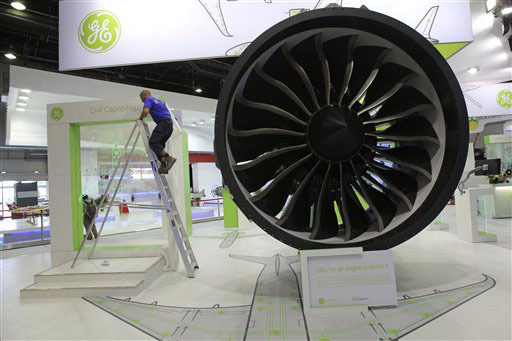 WASHINGTON - General Electric Co. (GE) says it will hire 5,000 veterans over the next five years and invest $580 million to expand its aviation business.

The announcements are part of a four-day event that the global conglomerate is hosting with partners in Washington, D.C., that focuses on issues such as manufacturing and job creation in America.

GE said Monday that its "Hire Our Heroes" partnership will help match veterans with jobs, while its aviation unit will add more than 400 new manufacturing jobs and open three new plants next year.

The company plans to double the number of its engineering interns to more than 5,000. It also plans pilot programs to reduce health care costs in Louisville, Ky. and Erie, Pa.