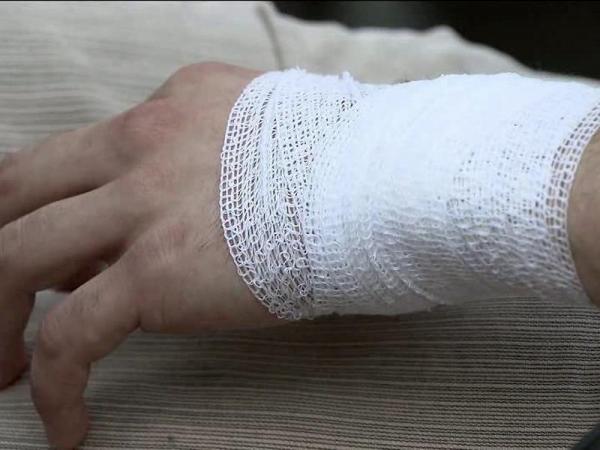 (CBS/WRAL) CHAPEL HILL, N.C. - University of North Carolina student Quinn Matney says that because he is gay, someone scarred him for life.

Matney said a man walked up to him last week near a foot bridge on the Chapel Hill campus, called him a derogatory name, told him, "here is a taste of hell," and held a heated object to his skin for several seconds, leaving third and fourth-degree burns.

But Jeff Deluca, co-president of UNC's Gay Lesbian Bisexual Transgender and Straight Alliance, raised concerns that the university waited two days before alerting the students and the community.

"It is shock and sadness that something like this could happen on campus and go pretty much unnoticed," Deluca said.

"It has burned all the way through the flesh and is burning through muscle and tendon," Matney said. He said he has an infection and limited movement in some fingers, and the nerve damage may require surgery.

Thorp said the assault has prompted university officials to review the way they notify the campus community about crimes. He added that he plans to call in federal authorities to assist in the hate crime investigation.

Matney is left questioning why someone would hurt him for simply being who he is.

"It just doesn't make sense to me," he said.

Deluca said he hopes the assault will bring the UNC community together, "making this campus a better, safer community."

Police are still investigating. No charges have been filed.