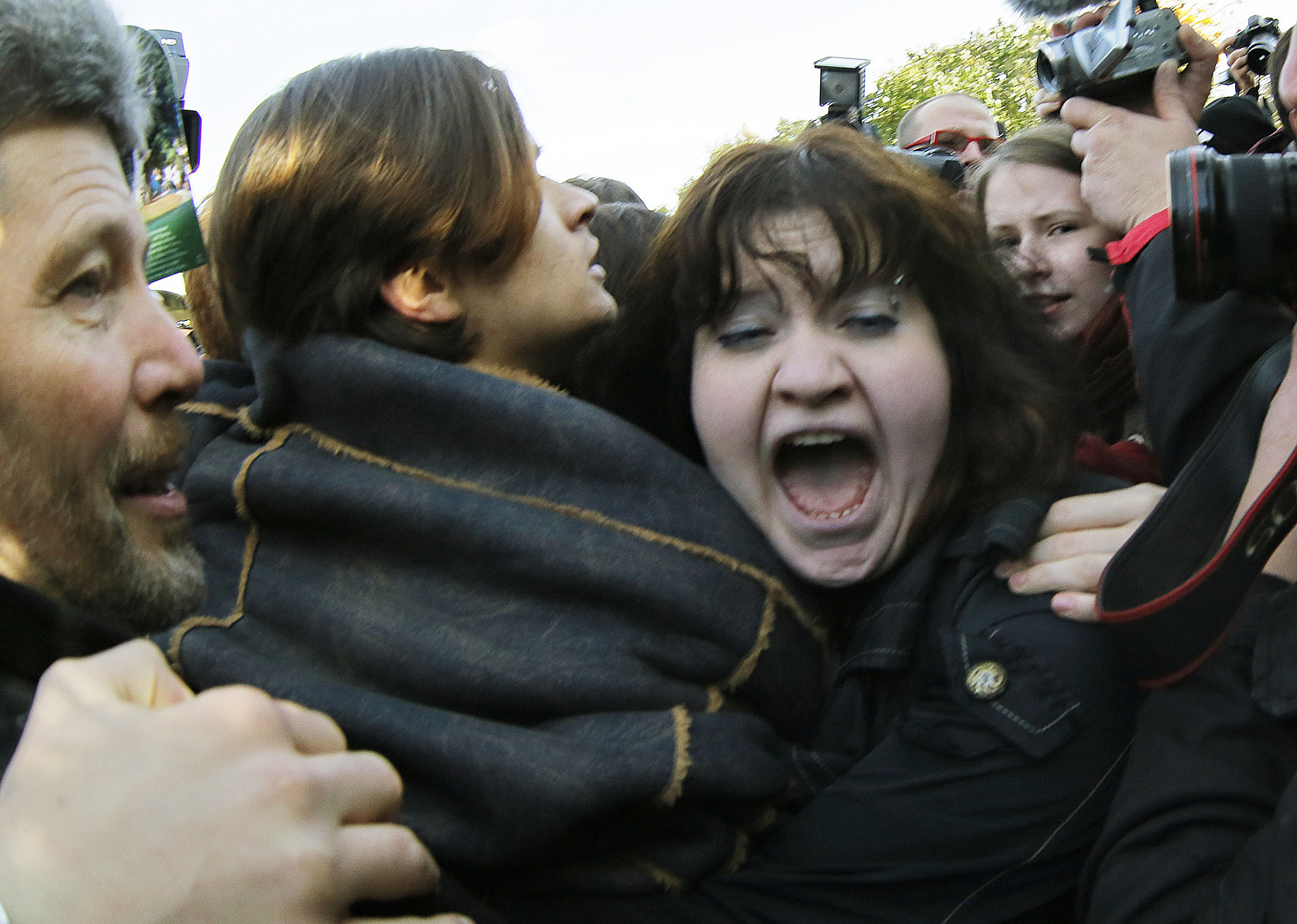 ST. PETERSBURG, Russia A gay rights rally in St. Petersburg has ended in scuffles after several dozen protesters were confronted by about 200 conservative and religious activists.

The police standing nearby waited until clashes broke out between the two groups before intervening. According to Russian news agencies, the police detained 67 people from both sides.

The scuffles started after anti-gay protesters tore a rainbow flag out of a woman's hands.

The St. Petersburg city government had sanctioned the rally despite the Russian government's June passage of a contentious law outlawing gay "propaganda." Gays in Russia have faced increasing pressure and threats of violence from homophobic vigilantes.

St. Petersburg police could not immediately be reached for comment.

Fire at Coptic church in Cairo kills 41 and injures 14

American teacher's family fears he'll be left behind in Russian prison
Thanks for reading CBS NEWS.
Create your free account or log in
for more features.
View CBS News In
CBS News App Open
Chrome Safari Continue
Be the first to know
Get browser notifications for breaking news, live events, and exclusive reporting.