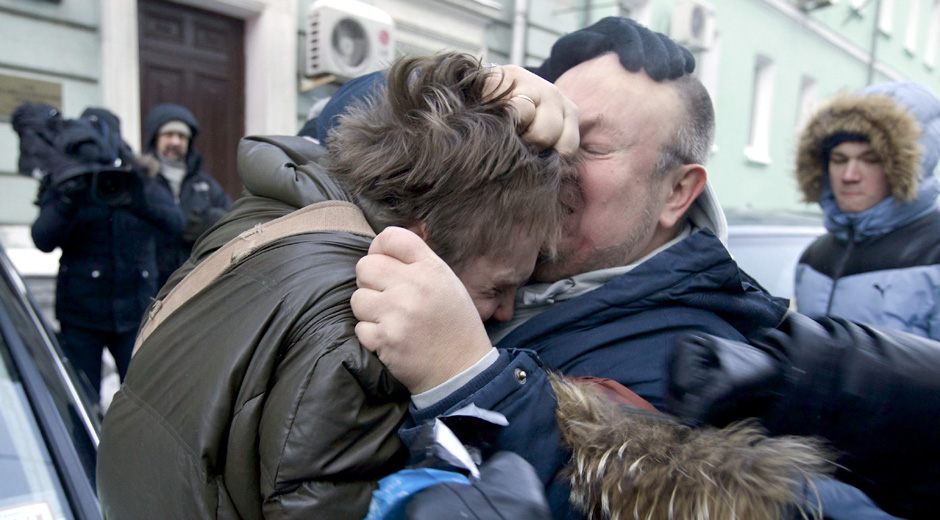 Russia's Parliament is to consider a federal law that makes public events and dissemination of information on the LGBT community to minors punishable by fines of up to $16,000. Lawmakers, officials and Russia's dominant Orthodox church have hailed the law saying it will boost Russia's dwindling birth rates.

A dozen LGBT rights campaigners gathered Tuesday in front of the parliament building in Moscow to protest the law by kissing each other. But a similar number of young men interrupted the protest, assaulting the campaigners, taking away and tearing down their posters and shouting obscenities at them.

Russia decriminalized homosexuality in 1993, but homophobia remains strong. The bill is part of an effort to promote traditional Russian values as opposed to Western liberalism, which the Kremlin and church see as corrupting Russian youth and by extension contributing to a wave of protest against President Vladimir Putin's rule.

Lawmakers have also accused gays of decreasing Russia's already low birth rates and said they should be barred from government jobs, undergo forced medical treatment or be exiled.