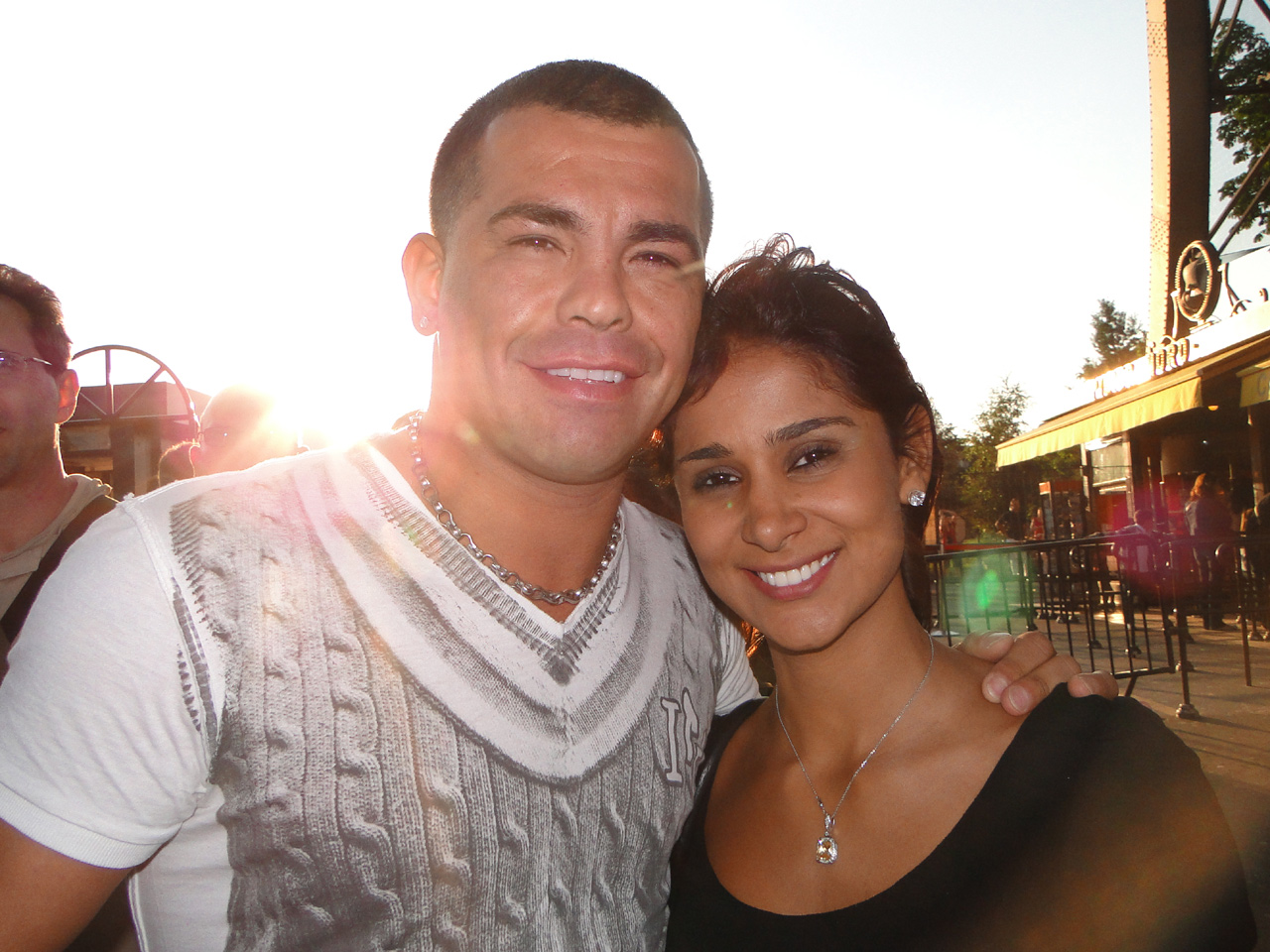 I don't follow boxing much, but I remember clearly when the fighter Arturo Gatti died. The story was an international sensation. In July of 2009, the 37-year-old former welterweight champion was found facedown in a pool of blood in a Brazilian resort.

His young, 23- year- old wife, was taken into custody, accused of strangling him with her purse strap. The pictures plastered in newspapers showed a tiny, glamorous woman in dark glasses surrounded by cops and crowds. I wondered at the time: a purse strap? This tiny woman took down her tough, muscular husband with her purse strap?

And then, three weeks later, the story got even stranger. Amanda Rodrigues, Gatti's widow, was suddenly released from a Brazilian prison after an autopsy showed that Gatti had killed himself. Authorities announced that Gatti had taken the strap off his wife's purse and used it to hang himself. He was found on the floor after the strap broke.

Such a strange story. It's no surprise that for the past two years, some of Gatti's friends, fans and family members questioned the official version. Arturo Gatti was known as a fighter who never quit in the ring. "Irish" Mickey Ward who fought three iconic bouts with Gatti told me, "Life was going good for him. I just can't see him taking his own life. ...it's just not him."

That's why, earlier this year, when I was asked to look into this case for "48 Hours Mystery," I jumped at the chance to hear the story from Amanda Gatti herself. We became interested when we heard that two private detectives had been hired to take a new look at Gatti's death. The detectives, Paul Ciolino and Joe Moura, often work for "48 Hours," but this time they had been hired by Arturo Gatti's family, his former manager and lawyer. Our idea was to do a separate, parallel investigation to see if we would reach the same conclusions.

In May, we followed the hired guns to Brazil and watched as they took measurements and interviewed witnesses who were there the night Gatti died. We did our own interviews and did something the PI's didn't do: we talked extensively to Amanda Gatti.

The one person who knows what happened to Arturo Gatti is his widow, Amanda. Gatti was found on the floor in a pool of blood on the morning of July 12, 2009. There were only two other people in the rented resort apartment: his wife Amanda and their 10-month-old son. Although Brazilian police cleared her in his death, she continues to live under a cloud of suspicion. She has been painted in the press by his family and friends as a 'hustler', a 'gold-digger', a woman who married Gatti for his money and may have conspired in his death, but that's not the woman I met in May. She asked us not to say publicly where she lives, but what I can tell you is that she shares a modest rental home in Brazil with her three year old son, Arturo, Junior. She's a slight woman, warm, friendly and seemingly anxious to clear her name. She spoke freely with us over a period of days, without the aid of a lawyer.

No question was off-limits, although she refused to talk in detail about the vicious fights the couple had during the two year marriage, fights that sometimes ended with domestic abuse charges against the fighter.

Amanda admits that circumstances surrounding her husband's death are suspicious. Just three weeks before he died, Arturo changed his will, leaving most of his assets to her and their son. But Amanda points out that the new will was not her idea, but was, in fact, suggested by a Canadian notary and that Arturo willingly made two trips to the office to finalize the will.

And her behavior on the night itself is odd. They had argued earlier in the evening. Arturo had thrown her on the ground and gotten into a street fight with angry spectators. She says she told her husband that she was through with their marriage and took the baby upstairs to bed, locking him out of the bedroom. Sometime early in the morning, between 6 and 7:30 am, she got out of bed, she says, and went to the kitchen to get her son a bottle. Arturo was on the floor, below the steps, but she says she thought he was just sleeping off the alcohol he had consumed the night before. So she did nothing and went back upstairs without checking on her husband or becoming alarmed. It wasn't until 9 a.m, after she had returned downstairs, that she finally went to her husband and touched his body. It was cold, she says. Panicked, she called for help. Why didn't she check him earlier? Remember, death scene photos taken later show a pool of blood at his head. She says she didn't see any blood, but admits that her failure to help her husband when she first came downstairs has made people doubt her story.

It's one of the reasons that the private detectives hired by the Gatti family now say that the fighter was murdered. At a press conference at a boxing gym in New Jersey on Sept. 7, they brought in a number of experts who supported their theory. In addition to Amanda's behavior, they say, the purse strap at the scene wasn't strong enough to hold the 160 pound fighter. In the alternative, they say, if the strap WAS used and it broke, his body would never have landed where it did. It was an impressive show, but not conclusive. The experts based their findings on police photos taken two years ago, photos taken long after Gatti's body had been found and AFTER most of the evidence at the scene had been moved.

What's more, I have found over the years that there are always strange details to a death scene that can never be explained. And, there's one fact in this case that simply can't be ignored. If Arturo Gatti was murdered, then he had to have been knocked out and forcibly strangled. The evidence at the scene doesn't support that.

So what did happen? While the private investigators hired by Gatti's family dismiss it, the most important evidence in the case may be Gatti's state of mind.

Amanda says that Arturo would become angry and depressed when he was drinking. It's the same story we heard from Arturo's older brother Joe and many others who had known Arturo for most of his life. They say that the fighter had been struggling with alcoholism and depression for years. Medical and legal documents we uncovered support that. And he may have tried to kill himself earlier. We know that Gatti was treated for an overdose of drugs in 2005. In court documents filed in a New Jersey court, Erika Rivera, the mother of Gatti's daughter, called that overdose a suicide attempt. And although Joe Gatti had no proof of it, he told us that he believed his brother had actually made three prior attempts at killing himself with drug overdoses after three devastating losses in the ring.

It's just possible that on that dark, sad night in July 2009, Arturo Gatti encountered an opponent he couldn't beat, his own personal demon. Alone, inebriated and facing the loss of his wife and child, he might have gone one last round with depression and lost.