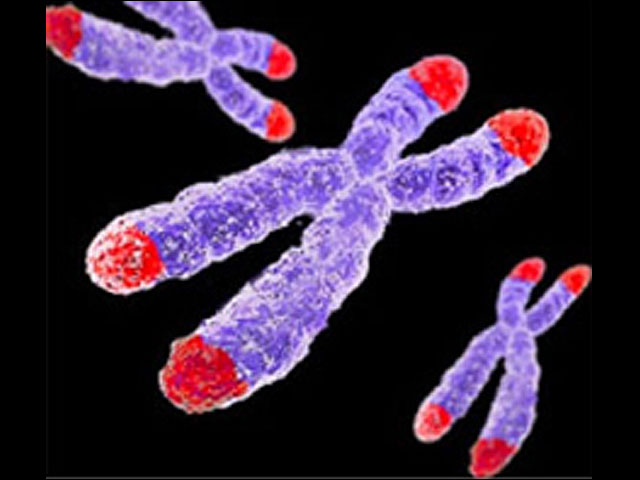 Weight loss, or bariatric, surgery may not only help very obese keep the weight off, but new research suggests it may actually reverse aging.

Researchers at Stanford University found people who underwent a gastric bypass operation elongated their telomeres, which are caps on the ends of chromosomes that scientists say may be a measure of longevity.

Telomeres are made of proteins and DNA, and are often compared to the plastic ends of shoelaces that prevent them from fraying. Chronic disease is thought to cause these telomeres to shorten, which could impact chromosomes and thus shorten lifespan.

"Telomeres (tend to be) very stable over time, and these did change," study author Dr. John Morton, an associate professor of surgery at Stanford University Medical Center, who also serves as president-elect of the American Society for Metabolic and Bariatric Surgery, told CBSNews.com. "It gives us really a model to study the aging process."

Morton, a bariatic surgeon himself, said he got the idea for the study because of previous research he conducted that looked at people who underwent the procedures, and found their cognition and memory improved afterwards.

Bariatric surgery is currently recommended for weight loss in people who are very obese, but studies have found it is also effective at preventing or reversing Type 2 diabetes and other obesity-related health conditions. The researcher wanted to find out if such surgeries could affect both chronic disease and brain health, then could it affect aging?

Researchers took a close look at genetic data from 51 people -- mostly women -- before and after they underwent a gastric bypass, a procedure in which a portion of the stomach is stapled to create a smaller pouch. Then, doctors reattach the small intestine to the smaller pouch, re-routing the food away from the majority of the stomach.

Patients in the study had an average body mass index (BMI) of 44.3; the procedures are typically recommended for people with a BMI over 40 (30 is considered obese), or a BMI between 35 to 39.9 in addition to serious weight-related health woes, such as Type 2 diabetes, severe sleep apnea or high blood pressure.

Twelve months after surgery, subjects lost more than 70 percent of their body weight, saw reductions in proteins that measure inflammation, and saw their fasting insulin levels -- a measure of diabetes risk -- drop by four times.

Similar findings have been reported in other weight loss surgery studies. But, this study found patients' telomeres grew longer after surgery, especially in those who had the highest levels of "bad" LDL cholesterol or inflammation at the beginning of the study.

Such changes to telomere length in a short time are unique, he pointed out.

"There's a big time correlation between telomere length and chronic disease," he said. "It's pretty compelling."

The new study was presented Nov. 15 at the ObesityWeek meeting in Atlanta and is considered preliminary until it's published in a peer-reviewed journal.

In Sept., a study found positive lifestyle changes like diet and exercise may lengthen telomeres.

Morton says obese people considering bariatric surgeries should talk to their doctors about which procedure if any is best for them, and seek out accredited surgical facilities. He said too often there's a stigma that prevents obese people from seeking medical care, but he pointed out the American Medical Association recently declared obesity a disease.

Bariatric surgeries in general and the invasive gastric bypass procedure do carry risks though. Risks include nutritional deficiencies caused by the changes in food absorption, bleeding, infections, leaks in the GI tract, bowel obstruction, hernias, ulcers, a complication called gastric dumping syndrome and even alcoholism.