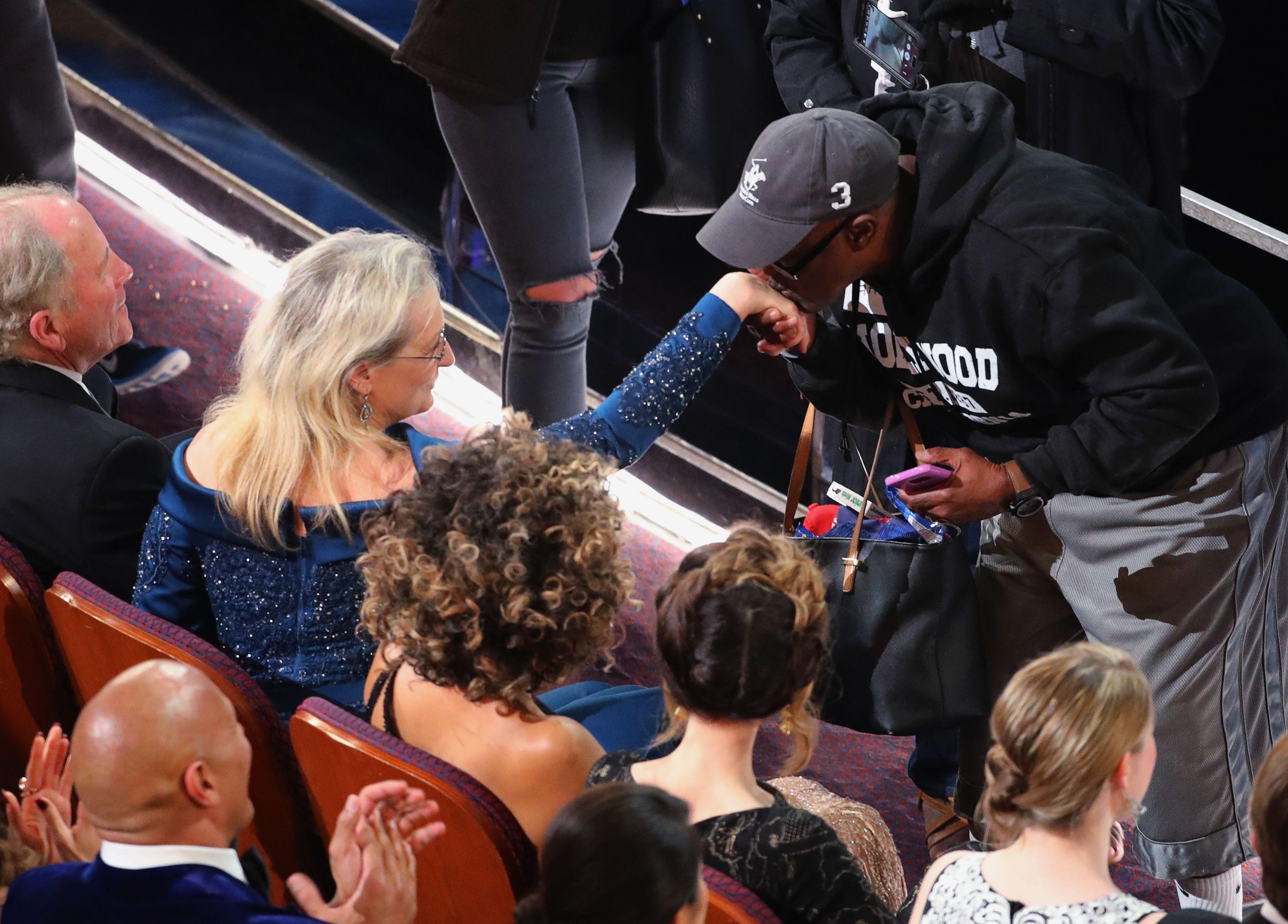 “Gary from Chicago” became a social media sensation at the Oscars on Sunday, meeting celebrities and getting “married” by Denzel Washington. But just days before the ceremony, his life had been very different.

Gary Alan Coe was one of about a dozen tourists who boarded a Hollywood sightseeing bus Sunday evening only to be unwittingly made a part of the Academy Awards telecast thanks to a prank by host Jimmy Kimmel.

Just two days before the Oscars, Coe was released from prison after 20 years behind bars, according to the Chicago Tribune.

“He got a life sentence for stealing perfume in 1997, and we finally won release this year,” Coe’s lawyer, Karen Nash, wrote in a Facebook post. “He got out on Friday, and was sightseeing with his lovely fiancée Vicky. If you watched the Oscars, you know the rest.”

During the broadcast, Coe and his fiancée, Vicky, rubbed elbows with the likes of Washington, Ryan Gosling and Meryl Streep. When Vicky told Kimmel that Washington was her favorite actor, the host enlisted the “Fences” star to officiate an on-the-spot wedding. Jennifer Aniston provided her sunglasses as a wedding present.

Coe also had the opportunity to pose for a photo with “Moonlight” star Mahershala Ali’s newly won Oscar.