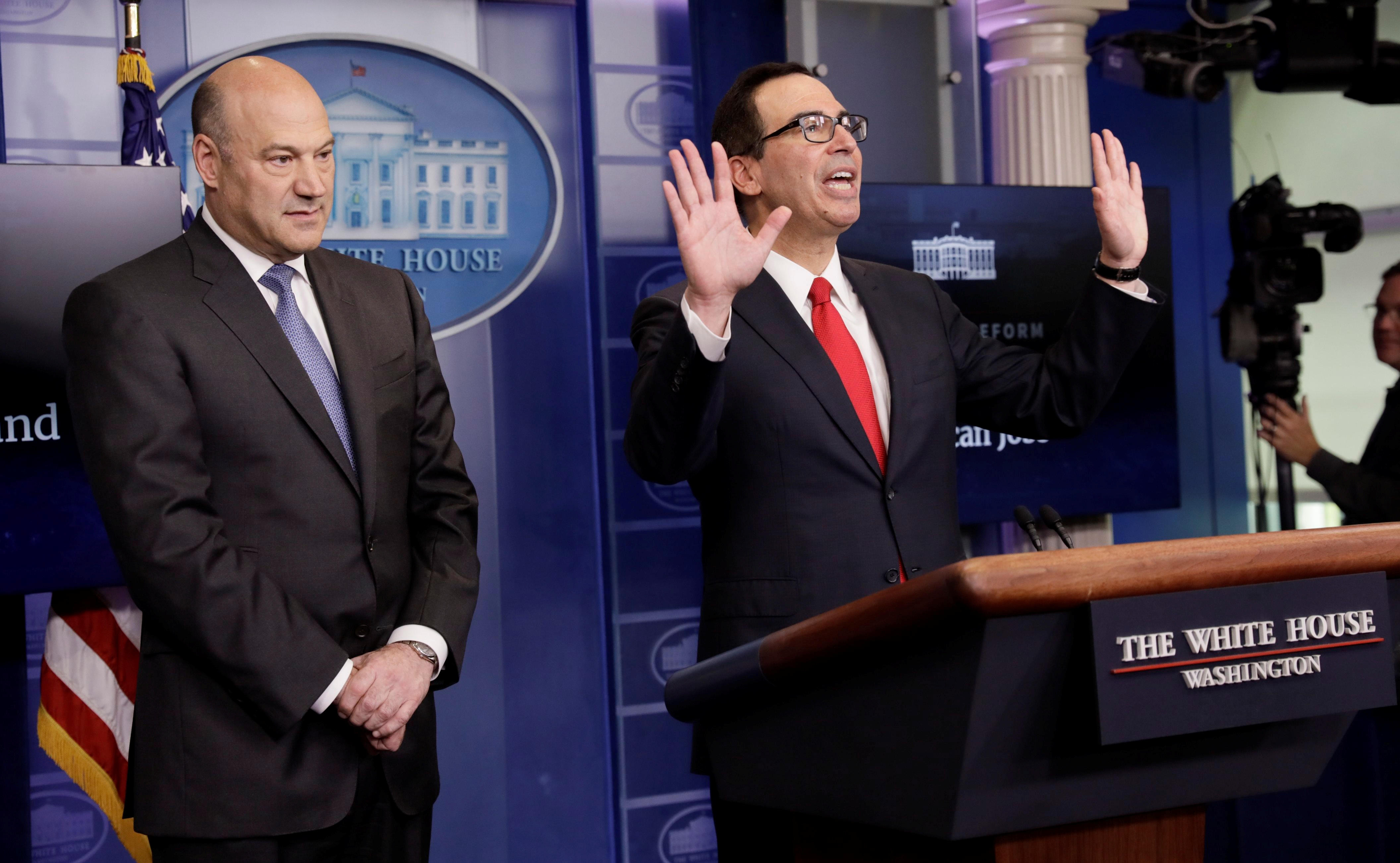 "I can't even understand my own taxes and what I pay, and my tax returns are, you know, two feet high off the table," Cohn said Thursday on Fox News' "Special Report with Bret Baier. "How am I gonna understand his tax returns? You know, I think people are spending too much time wasting, wasting time on that issue."

Cohn said the American public instead should "waste time" on jobs and reinvigorating the economy. The lingering issue of Mr. Trump's refusal to release his returns, never too far from the news cycle, resurfaced again this week after Cohn and Secretary of the Treasury Steve Mnuchin released a bare-bones plan for tax cuts in a Wednesday news conference. Mnuchin said the president has "no intention" of releasing his returns.

Mr. Trump's refusal could stall his plan for tax cuts, as some Democrats have promised to put the brakes on any tax reform until Mr. Trump reveals his returns.

The president insists people don't care if he produces the returns, despite three in four Americans — including half of Republicans — believing he should, according to a January poll.

In May 2014, before beginning his presidential bid, Mr. Trump said if he decided to run, he would "love" to produce his returns.

"If I decide to run for office, I'll produce my tax returns, absolutely," he said. "And I would love to do that."