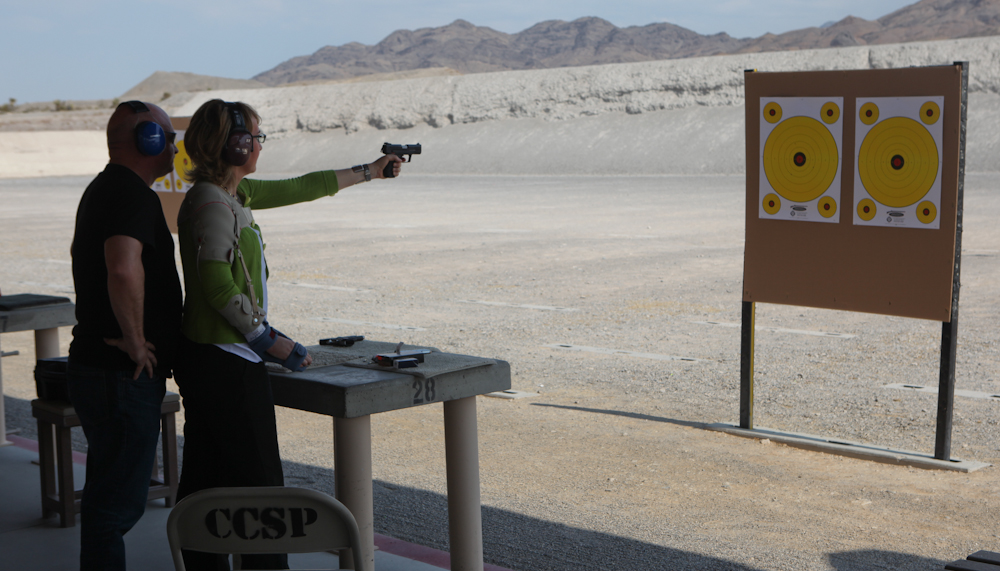 Former Rep. Gabrielle Giffords, D-Ariz., is reigniting her push for a federal law expanding background checks on gun purchases but with a strong emphasis on the idea that gun owners like herself should get behind stronger regulations.

To kick off her seven-day "Rights and Responsibilities Tour" on Monday, Giffords visited a shooting range in Las Vegas, Nevada.

"I am taking this week to pay tribute to the Second Amendment -- both the rights it bestows and the responsibilities it requires," Giffords wrote in a USA Today op-ed published late Monday. "In these divisive political times, gun safety and gun rights are too often pitted against each other. But Americans can meet in the middle. Now all we need is for our elected leaders to meet us there."

Giffords' seven-day tour stops in seven states, as the website for the campaign says, "to thank senators who voted in favor of the [background check] bill - and to show those who voted against it that there is broad public support in their states for them to change their votes."

The tour stops in Nevada, Alaska, New Hampshire and North Dakota, which are all represented by at least one senator who voted against the failed background check expansion in April. However, according to polling commissioned by Americans for Responsible Solutions, the gun safety group Giffords founded, there is strong public support for expanded background checks in each of those states.

Since the Senate rejected the background check bill in April, gun control has gone nowhere in Congress, even though the families of gun violence victims have kept up public pressure on Washington.

Giffords acknowledged in her USA Today op-ed that she may seem like an "unlikely advocate" for gun rights since she herself sustained horrible injuries after the 2011 mass shooting in Tucson, Ariz.

"But I'm a patriot, and I believe the right to bear arms is a definitive part of our American heritage," she wrote. The former congresswoman wrote she supports background checks because, "As gun owners, my husband and I understand that the Second Amendment is most at risk when a criminal or deranged person commits a gun crime."