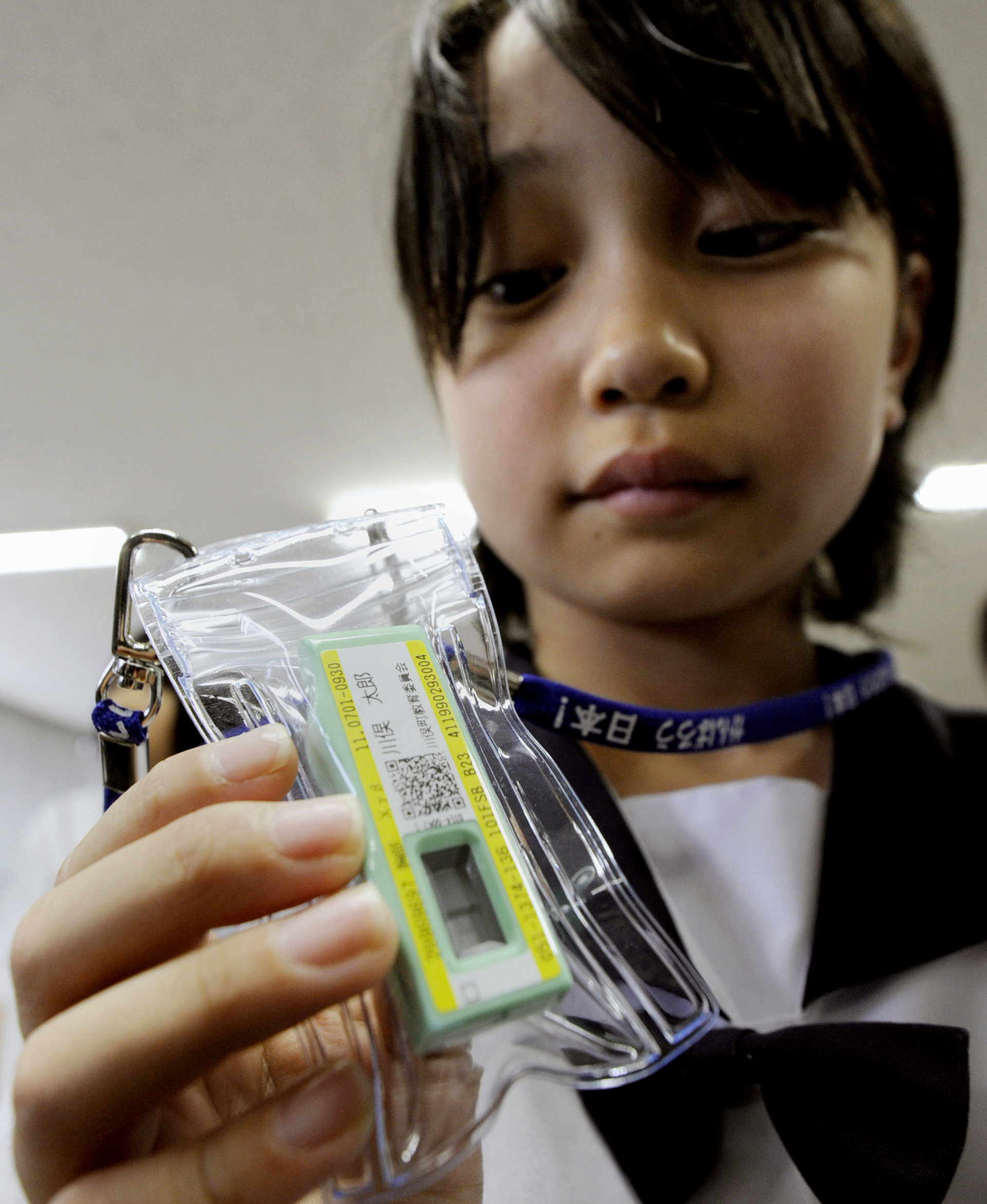 TOKYO - Radiation meters will be distributed to about 34,000 children living in the largest city near the tsunami-damaged Fukushima Dai-ichi nuclear plant to monitor their exposure levels, a city official said Tuesday.

The decision to hand out the meters comes amid growing concern over the safety of children as the nuclear crisis at the Fukushima plant drags on, posing potential long-term health risks.

The devices, called dosimeters, will be distributed in September to children between the ages of four and 15 living in Fukushima city, which has recorded relatively high radiation levels since a massive March 11 earthquake and tsunami severely damaged the nuclear plant.

Dosimeters have already been supplied to area schools but not to each student, according to city official Koichi Kato. Other towns in the area have begun similar measures, but Fukushima's plan is the largest to date.

"We intend to continue the program for about three months," Kato said. "We are still considering whether to expand it further to include other residents."

The government has established a 12-mile (20-kilometer) "no-go" zone around the plant, and a further 6-mile (10-kilometer) ring outside of that in which residents — particularly pregnant women and children — have been instructed to take special precautions and be prepared to evacuate.

Some 80,000 people have been forced from their homes by the crisis, leaving nearby towns almost completely empty. Many children from those towns are now going to classes in or around Fukushima city.

Because Fukushima city is outside the area that has been officially designated as too dangerous to live in, schools, businesses and government offices continue to operate as usual.

But health concerns remain high in Fukushima despite government assurances that exposure levels appear to be within acceptable limits.

Children are particularly vulnerable to the effects of radiation, so parents and some private groups have demanded stronger measures to protect them.

Schools have responded by limiting the amount of time children are allowed to play outside or in swimming pools, and many extracurricular sports programs have been moved into covered gymnasiums.

Still, the Fukushima plan is seen as insufficient by several groups leading a petition campaign to lower the acceptable exposure level for children from 20 millisieverts per year — the same level as adults — to 1 millisievert per year.

Twenty millisieverts of radiation is roughly equivalent to the exposure a person would receive from an X-ray.

"The meters don't protect children from radiation, they simply measure exposure after a certain amount of time," said Aileen Mioko Smith of Green Action, a private group involved in the petition. "Children should be moved out of areas where radiation levels are high, not used as guinea pigs."