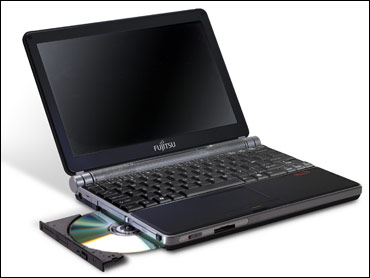 Japanese electronics maker Fujitsu Ltd. said Wednesday it is recalling 287,000 laptop batteries manufactured by Sony Corp., the latest in a massive global recall of the batteries that can overheat and catch fire.

Affected are 224,000 laptops sold overseas across 10 models, including the popular Lifebook series, according to Fujitsu spokesman Masao Sakamoto. The remaining 63,000 were sold across 17 models in Japan.

Fujitsu was still working out recall logistics, Sakamoto said. He did not know how much the recall would cost Fujitsu.

Almost every major laptop maker has told customers to return Sony-made lithium-ion batteries, which can overheat and catch fire.

According to the Tokyo-based company, the batteries can short-circuit because shards of metal were left in their cells during production in Japan. Dell's recall came after six instances of overheating or fire involving Dell systems with Sony-made batteries.

Sony's battery woes have been one of many headaches for a company struggling to regain its reputation for high quality.

Sony has been trying to overhaul its electronics operations under Welsh-born Howard Stringer, the first foreigner to head the company. It has found success in its flat-panel television and digital camera operations.

But a delay in the launch of its much-anticipated PlayStation 3 video game console and weakness against rival Apple's iPod in portable music players has cast doubts on whether the maker of the legendary Walkman can regain its former glory.