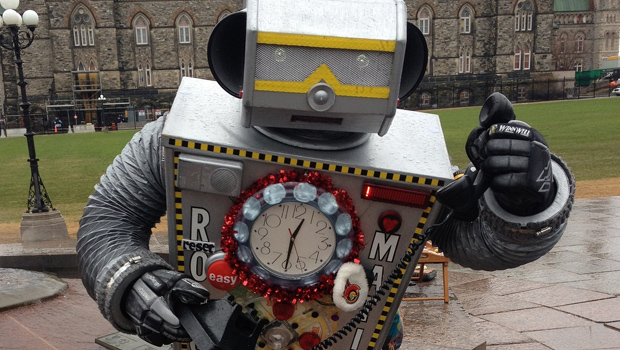 NEW YORK Those annoying prerecorded phone pitches known as robocalls aren't just getting on the nerves of millions of consumers: The government is fed up too, and it's turning to the public for help, offering a cash reward for the best way to stop the unwanted sales calls.

The Federal Trade Commission, which oversees the government's do not call list, announced Thursday that it will offer a $50,000 prize for the best technical solution to block illegal commercial robocalls.

The head of the commission's consumer protection bureau, David Vladeck, says the FTC "is attacking illegal robocalls on all fronts, and one of the things that we can do as a government agency is to tap into the genius and technical expertise among the public."

Besides the money, Vladeck predicted the winner of the challenge would become a "national hero," given the frustration consumers feel about bothersome calls at home or on their cellphones.

The FTC logs tens of thousands of robocall complaints each month. In the past year alone, there were more than 2 million complaints from people who didn't want to be bothered by automated calls. All those complaints raise questions about the effectiveness of the do not call list, which has been popular with consumers. They've put more than 217 million phone numbers on the registry since it was created in 2003.

The telemarketing industry says robocalls aren't the preferred method of reaching consumers. Such calls are illegal unless a consumer has given a company written permission to make them. But federal regulators have seen a proliferation in illegal calls, and they say the source is often people looking to scam consumers out of money.

With an autodialer, millions of calls can be blasted out in a matter of hours, bombarding people in a struggling economy with promises of debt assistance and cheap loans. Even if a consumer does not have a phone number on the do not call list, robocalls are illegal. A 2009 rule specifically banned this type of phone sales pitch without written permission.

Political robocalls and automated calls from charities, or informational robocalls, such as an airline calling about a flight delay, are exempt from the ban. But those exemptions are being abused too, with consumers complaining of getting calls that begin as a legitimate call, say from a charity or survey, but then eventually switch to an illegal telemarketing pitch.

Not only are the calls cheap, they are hard to trace. Fraudsters use caller-ID spoofing so that when a person tries to call back the robocaller, they get a disconnected number or something other than the source of the original call.

The FTC's cash prize announcement came at the end of a daylong summit the FTC held in Washington on robocalls with industry leaders, top federal regulators and technology experts.

The "robocall challenge" opens to the public on Oct. 25 and will close Jan. 17, 2013. The winner will be announced in April. The money will be awarded to the person, team or small company (it must have fewer than 10 employees) that develops the best robocall-blocking technology. The FTC says a successful entry must work, be easy to use, and be easy to implement and operate in today's marketplace.

It's not the first time the government has looked for outside help with a thorny problem.

The Pentagon's research agency, known as DARPA, is offering a $2 million prize to anyone who can develop technologies that dramatically advance the state of the art in robotics. With the military increasingly called upon to support disaster-recovery missions, more sophisticated robots are needed to defuse explosives or clean up nuclear waste. The contest began this month and a winner will be selected at the end of 2014.

More information on the FTC's robocall challenge can be found on the commission's website. Anyone submitting a solution would retain intellectual property rights to the idea.

The agency says it will have the right to feature the solution's name, text description and images on its website for the challenge.