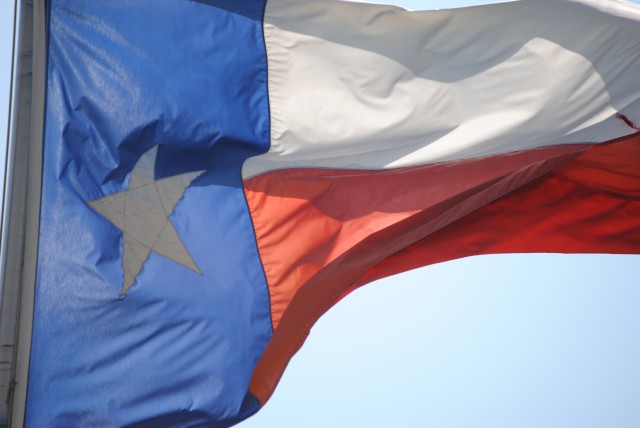 FORT WORTH, Texas -- Britain's startling vote to leave the European Union has reignited talks of secession in Texas, CBS Dallas-Fort Worth reported.

Daniel Miller, head of the Texas Nationalist Movement, sent a tweet to Gov. Greg About Friday morning calling on him to schedule a statewide referendum on "Texas independence."

The hashtag #Texit was trending locally, according to CBS DFW. People at the Fort Worth Stockyards had mixed reactions to the idea.

"It's worth a shot. I'd be happy," resident Tab Pigg told the station, saying the East and West Coasts "run everything."

"No one knows we're even here," Pigg continued. "Best thing we could do is let them have it. They want to make a wreck out of their part of the world, let 'em wreck it."

"I feel like that's almost a little arrogant," said Clavin Wiese, a tourist from Boston visiting Fort Worth. "What are you, too good to be part of the rest of us, the United States? I don't know."

Texas was an independent country from 1836 to 1845 and breaking away from the U.S. has been an age-old debate there.

In December, the Texas Republican Party rejected a proposed, non-binding ballot initiative that would have let voters consider secession during the March 1 primary.

The measure would have read: "If the federal government continues to disregard the Constitution" and Texas sovereignty, the state "should reassert the prior status as an independent nation."

State GOP leaders also abandoned a plank in the party's platform last month that would have supported a secession referendum.

Miller told Reuters his group has a quarter of a million supporters and will try again for a statewide vote in 2018.

Former Texas Gov. Rick Perry is among those who have vaguely flirted with the idea of secession in the past, although a spokeswoman said in 2012 that while Perry "shares the frustrations many Americans have with our federal government," for the former GOP presidential candidate "believes in the greatness of our Union and nothing should be done to change it."