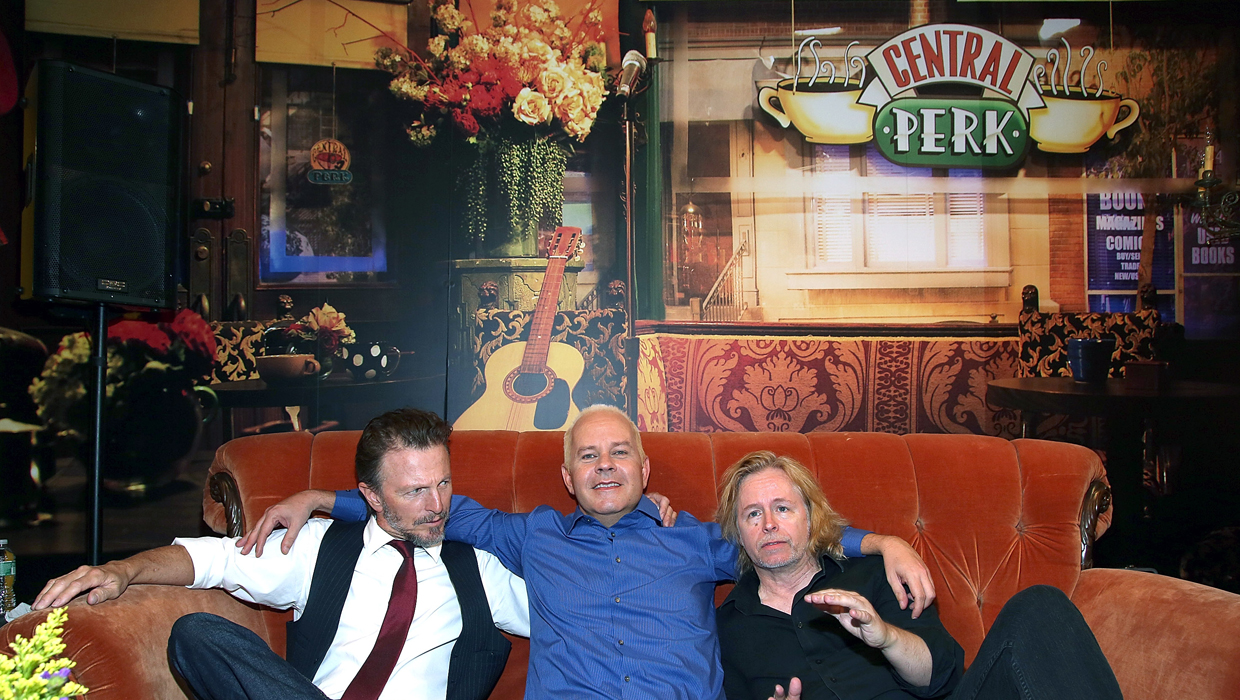 James Michael Tyler and The Rembrandts will be there for you, especially if you're at a "Friends" celebration.

The actor best known for playing Gunther on the hit NBC sitcom, and the band that performed the show's catchy theme song, attended a 20th anniversary party Wednesday at the new Central Perk pop-up store and cafe in New York.

The location is designed to look like the coffeehouse frequently seen throughout the show's 10-year-run from 1994-2004. The six main characters, who never seemed to have to have go to work, would often meet at Central Perk to talk about their various problems of the week.

Tyler, who bleached his hair in honor of the show's 20th anniversary, appeared in 148 out of the 238 total episodes produced, more than any other guest-star. He played the socially-awkward cafe manager Gunther -- who often pined after Rachel (Jennifer Aniston).

Even though "Friends" was set in New York, the series was filmed almost entirely on sound stages in Los Angeles.

"It is near the location, if not at the location, where the Central Perk actually in the fictional universe existed. So it blurs the lines between reality and fantasy," he added.

The real-life Central Perk is located on 199 Lafayette Street in the SoHo neighborhood of Manhattan. Free cups of Joe are being offered to patrons, courtesy of the Eight O'Clock coffee company.

The cafe is expected to stay open until Oct. 18.

Watch video above to see what's brewing inside.