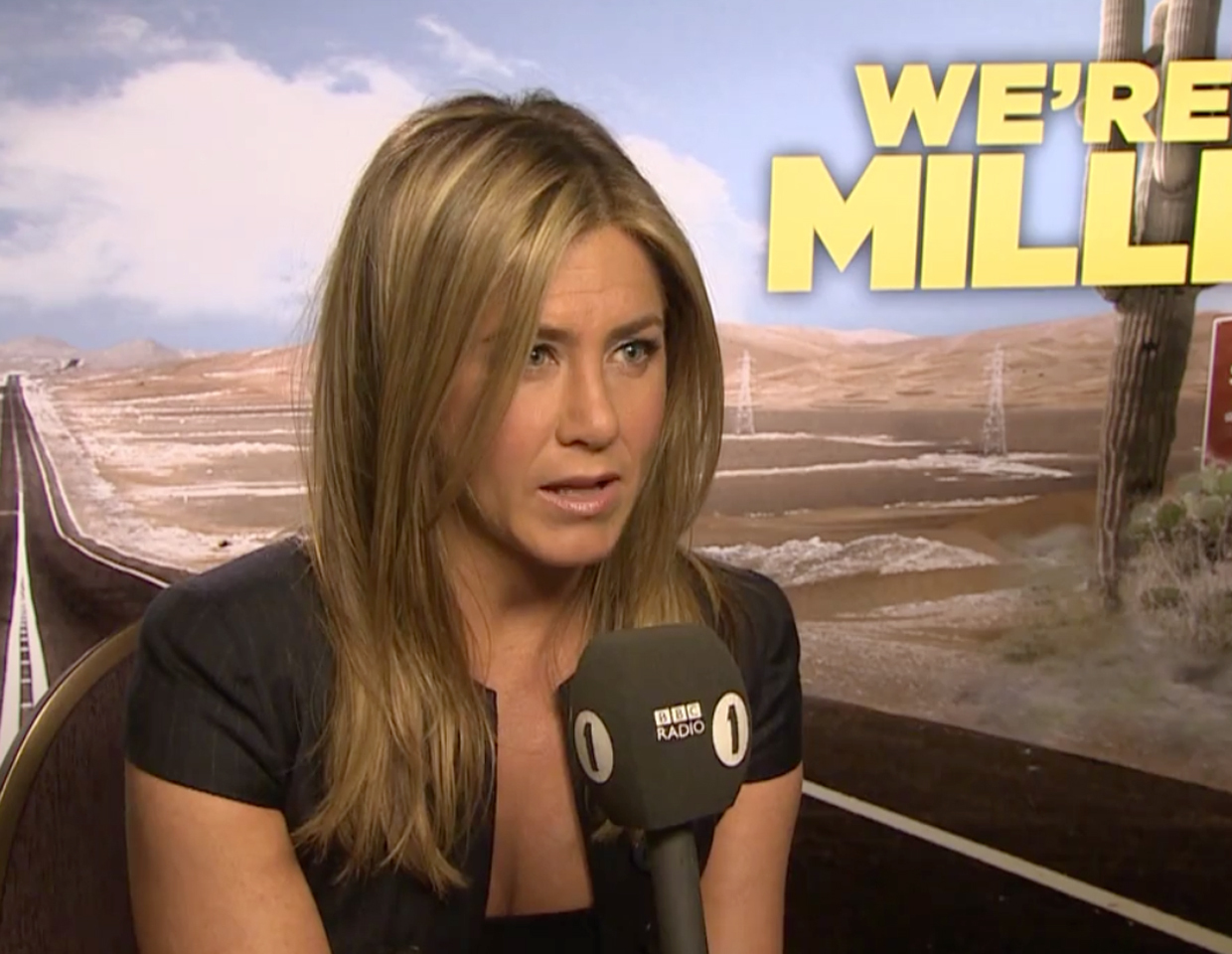 Jennifer Aniston has shown that she can handle awkward conversations in stride.

The 44-year-old "Friends" star recently sat down for an interview with Chris Stark from BBC Radio 1's "Scott Mills Show" to discuss her new comedy "We're The Millers," and their chat soon turned into a series of odd exchanges that have quickly gone viral.

Stark began the chat by reminiscing about a time when he and his friends were served steak at a strip club in Prauge. He then turned the conversation to the fact that the name Jennifer Aniston is an anagram for "finer not in jeans," which Aniston hadn't before realized.

Stark also asked Aniston what she had for lunch that day and frequently referred to her as one of the hottest women in the world during the course of their interview.

Aniston was a good sport throughout, answering most of Stark's questions in earnest. At one point, the journalist mentioned that most girlfriends allow their boyfriends to have a list of top 5 celebrities they're allowed to cheat with. Stark asked Aniston if she had a top 5 list of "normal people." She seemed to appreciate the question, but her response was a solid no.

You can see more of Aniston and Stark's awkward exchanges in the video below.

In March, another one of Stark's interviews, this time with Mila Kunis, also went viral because of it's cringe-inducing moments.