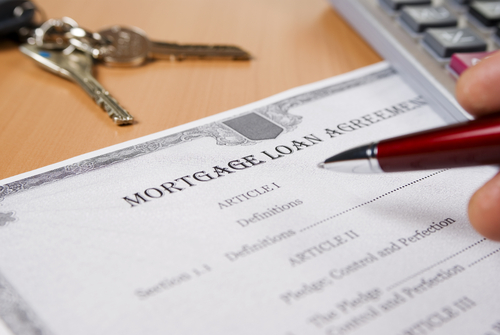 "A strong January employment report added upward pressure to mortgage rates this week," Nothaft said. "The economy gained 243,000 jobs last month, the largest monthly gain since April 2011, and the unemployment rate fell to 8.3 percent, which was the lowest since February 2009.

"Although historical revisions also added 266,000 more workers," Nothaft continued, "they caused the labor participation rate to fall to 63.7 percent, representing the smallest share since May 1983, which offset some of the rise in mortgage rates."

According to the PMMS, most average mortgage rates rose, but the 30-year fixed rates remained unchanged and at an all-time record low.

Home foreclosure decline, but completions rise
Where have all the buyers gone?

Earlier this week, Zillow predicted mortgage rates this week would be similar to last week's numbers.

"Despite strong employment figures released on Friday, which often give a sustained boost to mortgage rates, the 30-year FRM has remained historically low, hovering in an extremely narrow band between 3.65 and 3.7 percent for the past week," said Erin Lantz, director of Zillow Mortgage Marketplace, which collects real-time mortgage rates based on consumers' quotes.

"Although European headlines may drive more volatility in the coming week, we expect rates will stay near this range," Lantz speculated.

Despite the slight increase, rates across the board are still far below last year's averages. Even so, many consumers are putting off buying a home for fear of locking in the current rate only to see rates fall even lower in the coming months.